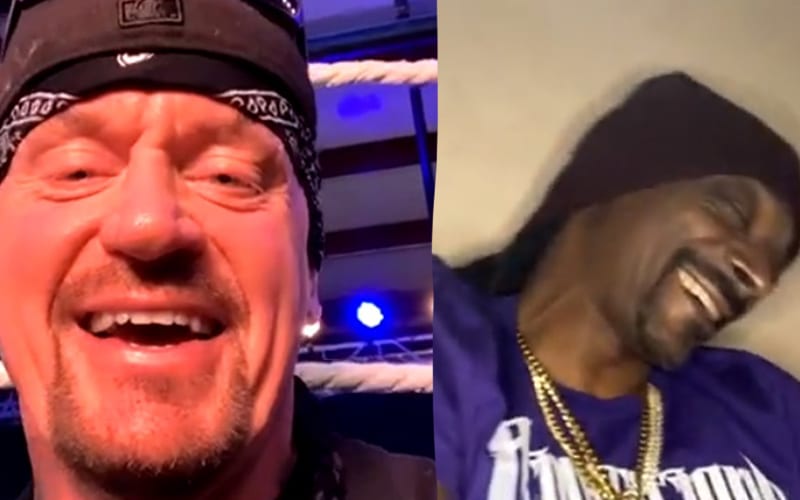 The Undertaker and Snoop Dogg have a new clothing collaboration, so they decided to have a chat on Instagram about it. The two also discussed a ton of other topics.

Taker told Snoop that he remembers seeing him at WrestleMania in Orlando, and he made a joke about how the grill Snoop Dogg brought served a dual purpose. Snoop then revealed that he brought his cousin Sasha Banks to her first WrestleMania that year. The Boss was about 10 at the time.

Snoop asked Taker if he ever met a fan and was shocked that his character connected with them. Then The Deadman spoke about all the times he’s met fans, especially in the last year, who told him how they were able to get through so many trials and tribulations because they knew Taker would be on Monday or Friday nights.

The Undertaker said that it doesn’t matter what political party people are in, they need to be able to talk about things. Snoop also mentioned how entertainers like them can bring all races of people together. The Undertaker said that the problem now is that people aren’t even talking about things because the country is so divisive. The conversation got a deep for a moment.

The two had a great time, and they didn’t forget to plug their new clothing line. The Undertaker is set to give his Final Farewell at Survivor Series, but he did say that he would come out of retirement if he could tag with Snoop Dogg against another musician and Superstar mixed tag team.

In the end, they gave each other open invitations to come and visit at any time.