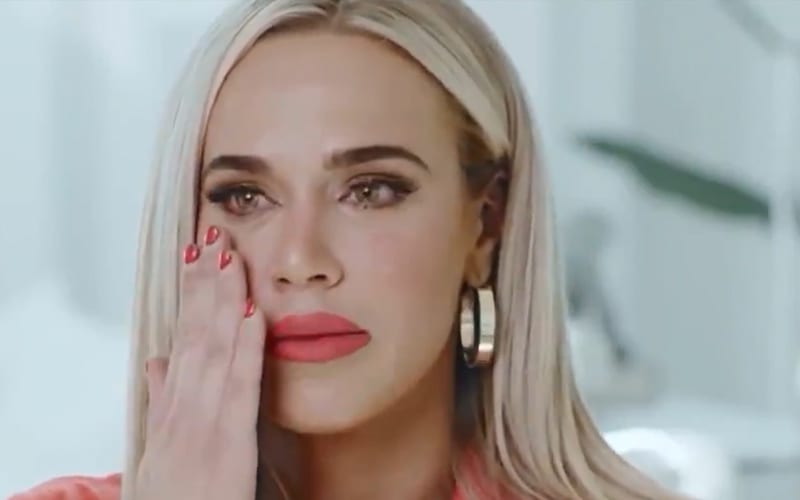 Rusev was released from WWE on April 15th. He’s doing much better in AEW as Miro, because All Elite Wrestling will allow him to be The Best Man that WWE didn’t. Lana’s situation was incredibly hard during that time as fans took a lot of aggression out on her.

During her new WWE Network Chronicle special, Lana was asked how hard the last year has been. She detailed how difficult it was for her to deal with the pandemic along with everyone else. Her story also included heartbreak over WWE releasing Miro. They traveled everywhere together, and suddenly, he was no longer there with her.

She did not name Miro by name, likely because she wasn’t allowed, but Lana did discuss how hard it was to not have “a person” around anymore.

She said it was hard for people to boo her in arenas, but she still had control over it. Things became much different when there were no live fans. She would go home and post something on Twitter and received instant hatred.

“Everyone’s just so mean. I couldn’t handle it anymore because that’ my only interaction with human beings is my Instagram account or Twitter and now everyone in comments is like ‘you should be fired, why are you not fired? You suck!'”

Lana told her parents that they needed to pray for her because she wasn’t doing very well mentally. It seems that she got through a very difficult time in her life, but through it all she never gave up.