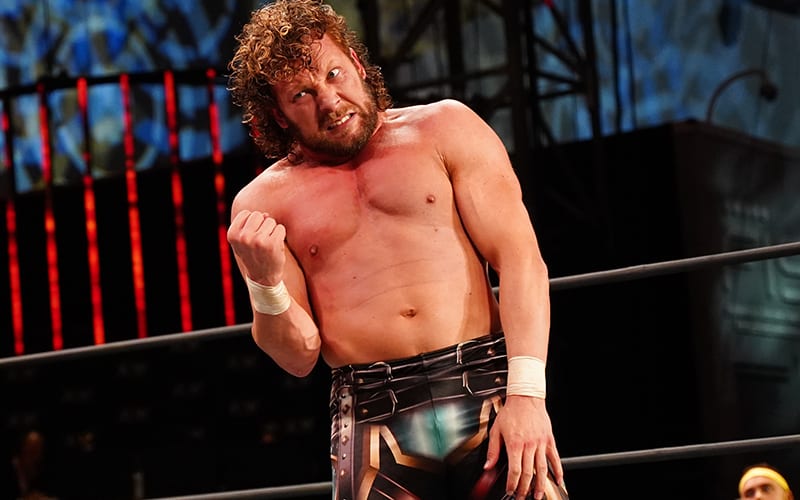 AEW moved their operation to Daily’s Place when the pandemic hit and took away their touring schedule. That outdoor amphitheater might have saved the company during a very hard time, but it is still a tricky location to wrestle.

“No one watches our show and realizes these guy are in 100 degree weather. It’s damp, it’s moist, the ring canvas is slippery. The ring is so bouncy in comparison to what I’m used to in New Japan where it’s like running in quicksand. I’m telling you it’s the most destructive environment that I’ve ever been in for professional wrestling.”

“Yeah, you’re going out there for less time in general. I’m doing 15 minutes or 20 minutes rather than 30 or 40, but these performances are killing me.”

Kenny Omega said after his Full Gear match with Hangman Page, he needed an icepack just to get his body temperature down. He kept ice on him for two hours until he felt normal. Now they are dealing with the opposite as it is now getting colder. Omega revealed that the cold winds hit them in Daily’s Place and it is a chilling experience.

AEW fans don’t know what it’s like to be there while they are watching from home. Those AEW stars are certainly performing in a unique environment when they wrestle on Dynamite.