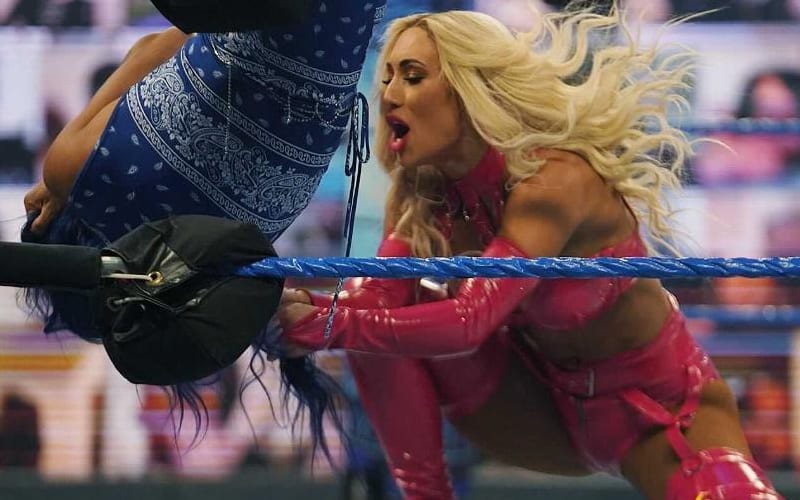 Carmella returned to SmackDown, and she immediately put herself in the spotlight. She started a trend of tormenting Sasha Banks, and the sneak attacks didn’t stop this week on Friday Night SmackDown.

Carmella sent out a very simple tweet on the night after her latest attack on The Boss. She doesn’t seem too remorseful for taking out the SmackDown Women’s Champion again, because she can’t help it.

I can’t help all the hell I’m raising.

Ringside News exclusively reported that Carmella’s push would soon become evident. That report was confirmed in a huge way when she superkicked Banks after a successful title defense against Bayley.

We’ll have to see what’s next for the Princess Of Staten Island, but it’s not out of the realm of possibility that she could pop in and raise some more hell at Survivor Series.