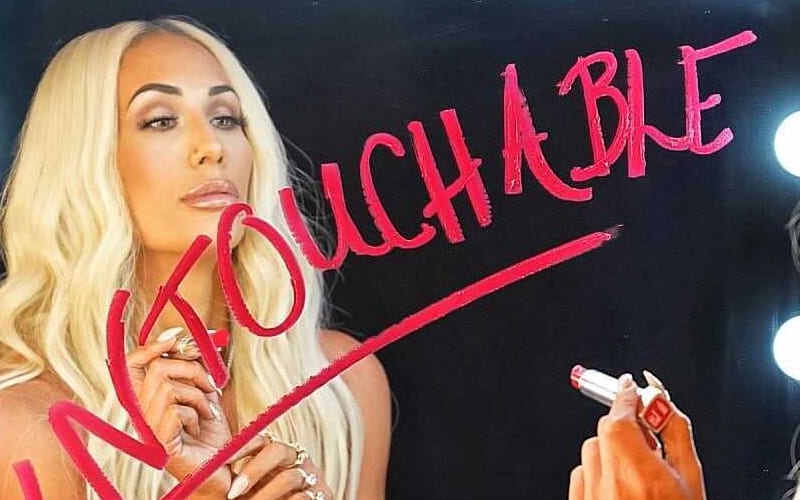 WWE built up Carmella’s return to SmackDown for weeks with mystery vignettes. Then it was finally revealed that she’s back and “Untouchable.” Fans are still waiting to her to make an impression.

Carmella was picked by SmackDown in the 2020 WWE Draft. She did not appear on this week’s show, leading some to believe the company forgot about her. They are known to drop ideas when Vince McMahon gets distracted.

Ringside News has learned that WWE has not dropped the idea to push Carmella. In fact, we were told “Carmella’s push is about to become evident.”

Carmella’s push is supposed to be “evident”, and something should happen with her soon. Vince McMahon has forgotten about pushes in the past, and WWE are no strangers to squashing momentum by not featuring a talent. That is apparently not going to be the case for the Princess of Staten Island.