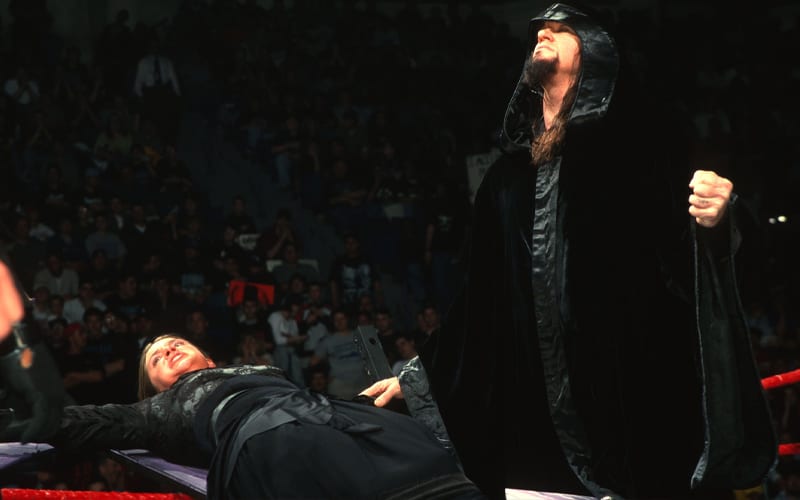 The Undertaker is wrapping up 30 years in WWE at Survivor Series. He racked up a lot of memories with Vince McMahon’s daughter Stephanie along the way. She shared the screen with the Deadman on many occasions, and the Billion Dollar Princess remembers those times fondly.

Stephanie McMahon’s time with the Undertaker wasn’t always pleasant on screen. There were instances when she was in absolute peril. Looking back, it was all fun and she treasures the time they shared.

It’s been an absolute honor and a privilege getting to share time and memories with @undertaker in and out of the ring over the last 30 years. Congratulations on an incredible career! #Undertaker30

The Undertaker is giving his Final Farewell at Survivor Series. It’s unclear if Stephanie McMahon will show up to share her memories with the Deadman, but she has certainly collected enough of them over the years.