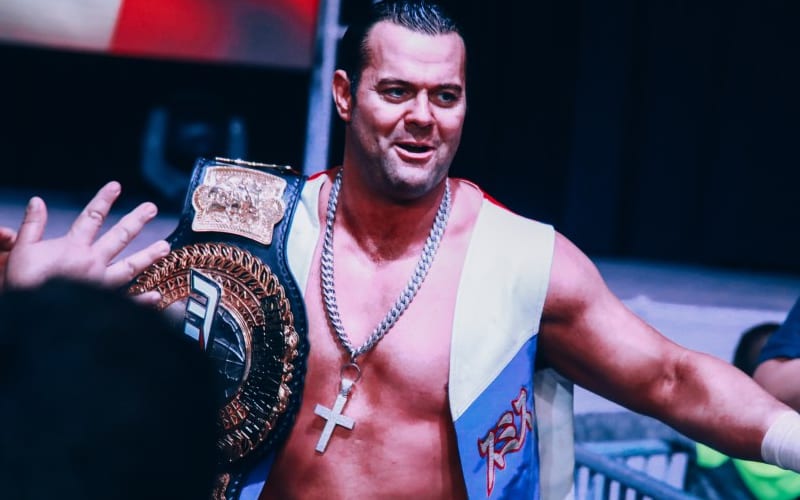 WWE has hired people back after they spent years applying their craft elsewhere. The door could be open for The British Bulldog Davey Boy Smith’s son Davey Boy Smith, Jr to make a return as well.

Sports Illustrated spoke with Davey Boy Smith, Jr, and he said that a WWE return is very possible right now. He had big plans for 2020, as we all did, but they were thrown into disarray due to the pandemic. Now it seems that WWE is a very likely prospect for him.

“I think it’s definitely a possibility. In addition to the WWE Hall of Fame, I was also supposed to be touring regularly with All Japan Pro Wrestling. I had a big opportunity with their Champion Carnival tournament in April, but I couldn’t travel to with the pandemic. I have a lot to think about and a lot of options to weigh, but I’m looking forward to seeing what transpires in my future. A return to WWE is very possible.”

WWE could find a great role for Davey Boy Smith, Jr to play in the company, but they need to figure out the best way to debut him first. Nothing is official yet, but the chances of Smith, Jr returning to WWE seem very probably at this time.