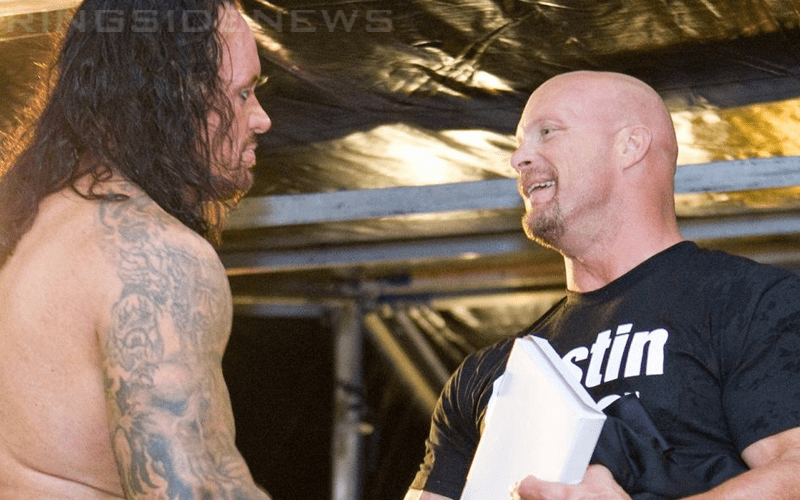 The Undertaker is doing a lot of media right now. For decades, he did not do any interviews so he is making up for lost time.

The Deadman recently sat down with Hot Ones, and they had some big questions for him. One of them had never been asked before as Sean Evans wanted to know about the Commando gimmick that the Deadman had for a short time.

During his time on Hot Ones, The Undertaker took a chance to throw a little light-hearted dig at “Stone Cold” Steve Austin. He decided to bite the spicy chicken right off the bone rather than pull it off with his fingers. Austin pulled the chicken off with his fingers, and Taker made sure to call him out for it after saying that “I’m not mentioning any names.”

The Hot Ones challenge is a big test of fortitude, and The Deadman took it like the champ he is. You can check out the clip below which shows The Undertaker’s little rib at the Rattlesnake.