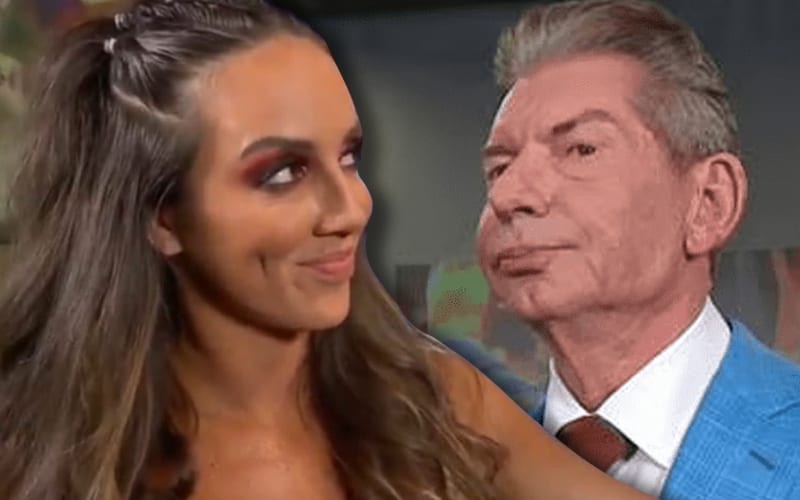 WWE booked Chelsea Green to debut on SmackDown last week, but things did not work out as they planned for her. She had some big support from Paul Heyman along the way as well.

According to Fightful, Vince McMahon recently met with Chelsea Green and informed her that she would be debuting on the SmackDown brand “imminently.”

It was said that most people heard that Green’s meeting with Vince McMahon “went positively.” Heyman was already behind her, and he wanted to push Chelsea Green as a top star prior to his removal as Executive Director of RAW.

Ringside News exclusively reported that all of the plans for SmackDown were torn up on the night before. The original script of the show had Liv Morgan winning that match. Then a new version was written the next day with Green as the new winner. This was all confirmed by Dave Meltzer who backed up our report.

Since Chelsea Green was injured during the match, Liv Morgan picked up the win as she was originally supposed to.