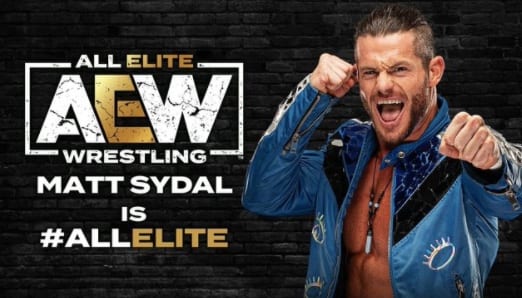 While he may have made his All Elite Wrestling debut back at All Out in early September, the contract status of Matt Sydal has been a source of discussion amongst fans in the next few months.

The former WWE star has been on quite the journey since leaving the company, and yet while he has had his fair share of negative moments over the years, he’s managed to bounce back through his hard work and insane in-ring ability.

Now, he’ll attempt to keep proving himself to the world after it was confirmed that he is officially “All Elite”.

He may not be an instant main event star, but you can bet he’ll do everything he can to get to that point.