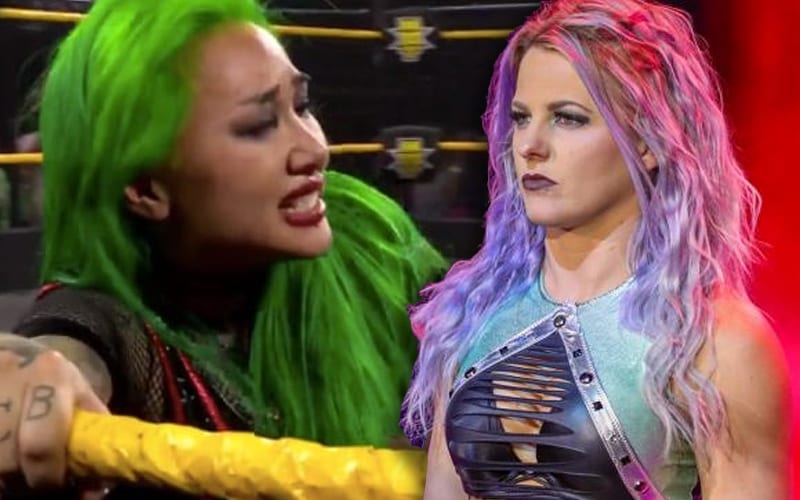 Shotzi Blackheart recently went through a terrible ordeal when Candice LeRae ran over her prized tank. That was an incredibly sad moment for Blackheart and her emotional reaction was heartbreaking for anyone who watched it. Candice LeRae still isn’t sorry about it.

While speaking on WWE The Bump, Candice LeRae was asked about that treacherous heel move. She showed zero remorse for destroying Shotzi Blackheart’s “toy” as she put it. After all, Blackheart stopped LeRae from cheating at Halloween Havoc to become NXT Women’s Champion.

“Hang on, was Shotzi aware how much the NXT Women’s Championship meant to me? I’m just saying. My entire life, I’ve been watching wrestling for almost as long as The Undertaker has been around. So, you’re going to tell me that my almost 30-year dream is not more important than her stupid tank? I mean, come on.”

“Come on, she hurt me more than that little [they played a clip on the show of Blackheart crying] look at her crying, that’s dramatics. Come on, she wants everybody to feel bad for her. Like, where was my sympathy parade? I ruin people’s dreams, and then they crush my little toy.”

Candice LeRae’s dream to become NXT Women’s Champion is not dead yet. She can still fight her way to the top and earn another title match. Odds are Shotzi Blackheart’s entrance will never be the same because that tank won’t be coming back. We’ll have to see if this storyline ends with Shotzi Blackheart getting another tank, but Candice LeRae doesn’t seem to care about the one she destroyed.