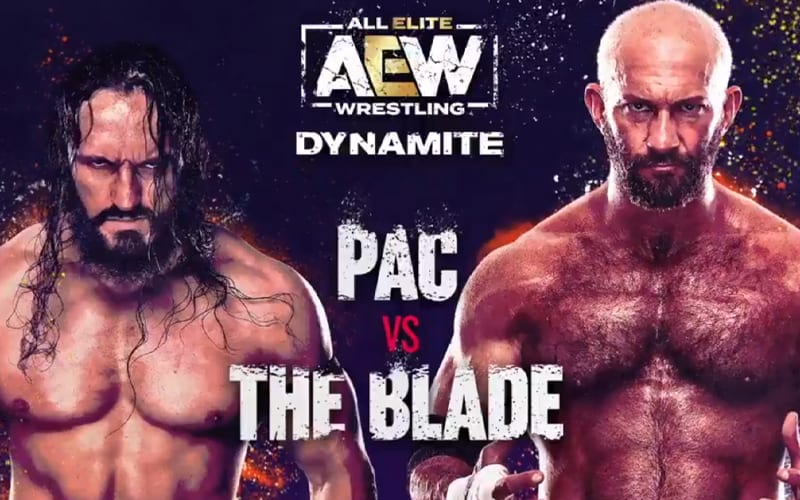 AEW has a big show for fans this week including an NWA Women’s Title match. We’ll have to see how things turn out as All Elite Wrestling continues past Full Gear and they make their way toward a huge December 2nd episode.

The Inner Circle is going to Las Vegas, baby! MJF was very excited about that, but Sammy Guevara was not trilled at all.

There will be a few other matches this week including Top Flight vs The Young Bucks, a match that couldn’t take place last week.

Pac will make his in-ring return to take on The Blade. Orange Cassidy will take on Kip Sabian, and Cody will team with Darby Allin to take on Brian Cage and Ricky Starks.

Also, Jon Moxley and Kenny Omega will have a contract signing for their December 2nd AEW World Title match. You can check out the updated lineup below.

PAC vs. The Blade