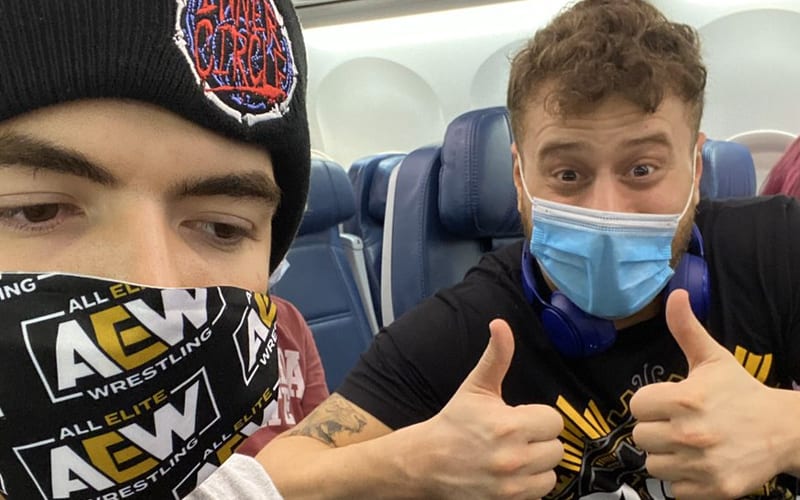 The Inner Circle is on their way to Las Vegas thanks to MJF. He paid for his new faction to take a trip to Sin City, and Sammy Guevara is not too thrilled about the company he’s sharing.

AEW is likely gearing Sammy Guevara up for a babyface turn. The writing is on the wall, and he certainly hates MJF. The Spanish God posted a photo of himself and MJF on the plane. The Salt Of The Earth seemed very happy, but Guevara was not amused.

Sammy Guevara’s selfie on their way to Las Vegas showed MJF with a double thumbs up, but Sammy Guevara tagged the photo with “I Hate Him.” MJF has slighted Sammy for weeks, even giving him the wrong sized jacket after he forgot the first time, now they must coexist in the same faction.

A lot of fans thought that MJF might have given Sammy Guevara a ticket to the wrong city, but it looks like he came through for Sammy and they all made it to Vegas as a (somewhat) happy faction. Let’s see if Sammy’s ticket is a for a round trip.