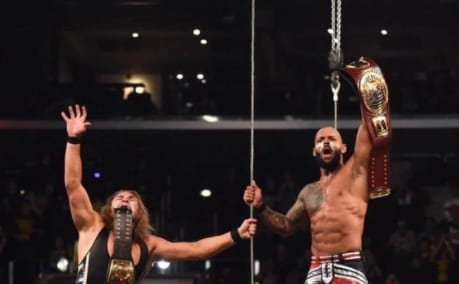 While he may still have a long and hopefully successful career ahead of him in WWE, Pete Dunne has actually been around for a few years now – dating back to the United Kingdom Championship Tournament.

Ever since then he’s been able to establish himself as one of the rising stars in the company, and predominantly, he’s done so through the NXT UK and NXT brands.

One of his shining moments took place back at WarGames 2018 when he, Ricochet and the War Raiders were able to defeat The Undisputed Era in the main event – but as it turns out, there’s far more to that weekend than most fans know.

If nothing else, this just reaffirms that Dunne truly is one of the most committed and tough members of the roster today.