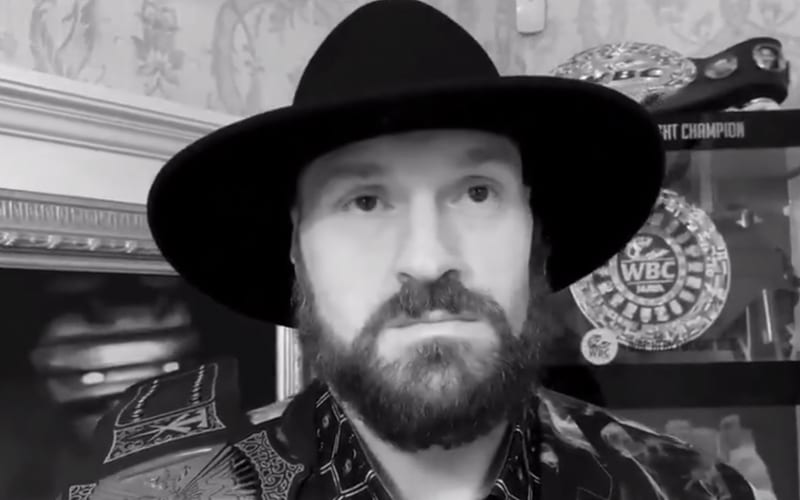 The Undertaker is celebrating 30 years in WWE, and plenty of people are paying homage to his legacy. WWE Superstars dressed up as The Deadman, but they are not alone. Tyson Fury recently sent out a great tribute to The Phenom.

While dressed up to look like The Undertaker, Tyson Fury dropped a video to celebrate Taker’s 30th anniversary in pro wrestling. Fury is a huge WWE fan, and he could still have a match with Drew McIntyre in his future. This tweet was all about The Deadman as the boxing champion’s caption was filled of respect.

Showing my utmost respect to The @undertaker on his 30th Anniversary in the @WWE .

Sporting this Phenom inspired, custom @Claudio_Lugli outfit and Championship title I will be tuning in to watch your Final Farewell this Sunday at Survivor Series.

The Undertaker saw this tribute from Fury. He obviously appreciated the gesture as he replied saying: “Massive respect…thanks Champ. Keep doing what you’re doing and stay healthy. Watched your inspiring journey for a long time and cant wait to see you fight in person in the future!”

Survivor Series is set to feature The Undertaker’s “Final Farewell.” WWE is bringing back plenty of The Undertaker’s BSK friends for the event as well. We will have complete coverage right here at Ringside News.