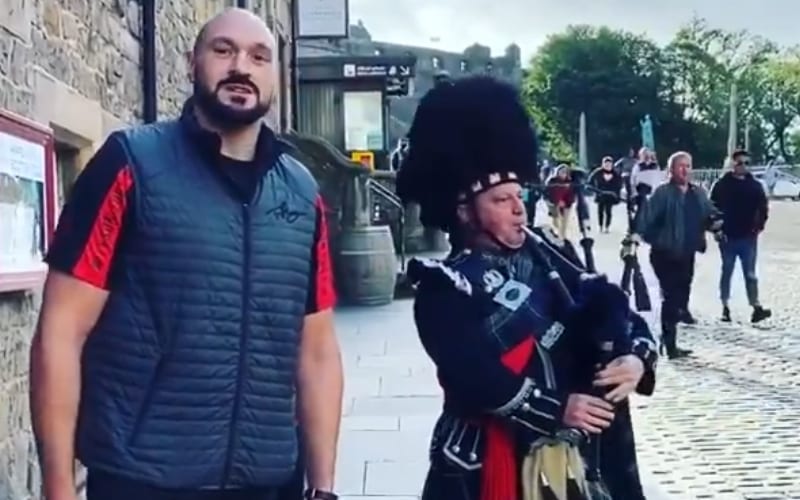 Many have wondered whether or not Tyson Fury will actually be coming back to WWE, but if his recent Twitter activity is to be believed, he’s certainly considering it.

Fury has been involved in a string of back-and-forth interactions with Drew McIntyre, the man who currently holds the WWE Championship – and it seems like just a matter of time before they clash on WWE programming.

The Gypsy King’s latest taunt features him roaming the streets of Edinburgh, Scotland in search of the Scottish Psychopath.

The WWE Universe as a whole probably doesn’t want to believe that Fury has a chance at winning the WWE Championship, but as we’ve all come to learn, you can never say never in this business.

Whatever the case may be with this angle, it’s certainly drawing some eyes to both Fury and McIntyre.