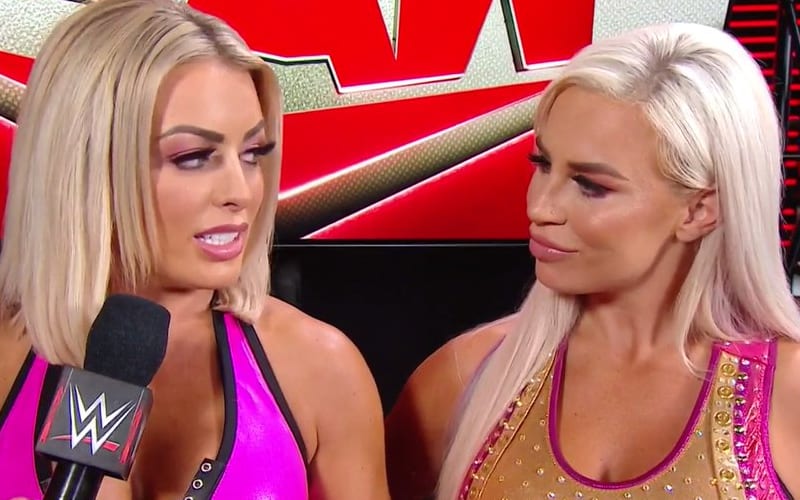 Mandy Rose was injured as she took a fall out of the ring on last week’s episode of Raw. Nia Jax tossed Rose out of the ring, but it was said that she didn’t so anything out of the ordinary. It was simply terrible timing, and Rose was legitimately injured in the process.

We previously reported that Mandy Rose was injured going into Raw this week. PW Insider confirmed this report, and said that the spot during the six-woman tag team match had nothing to do with her injury.

It is reported that Dana Brooke’s injury is part of the storyline. The segment was arranged to simply write her out of the Survivor Series match.