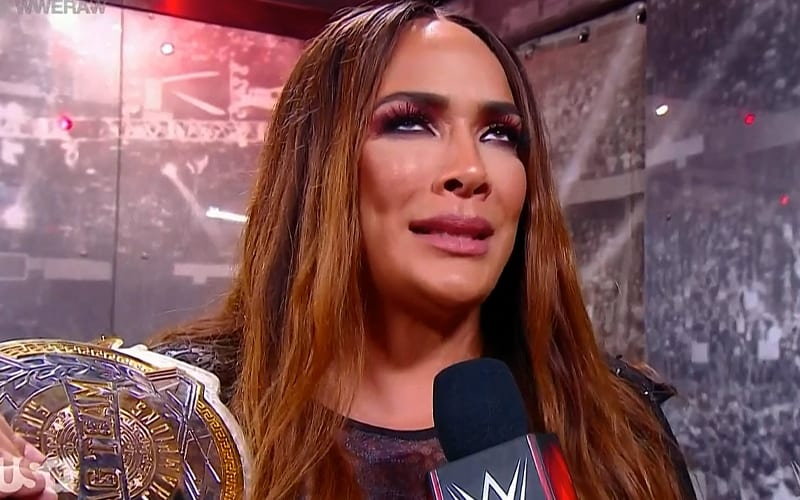 Mandy Rose is set to take part in the women’s Survivor Series match on November 22nd, but she might have been injured on RAW after a bad spot with Nia Jax.

Mandy Rose was supposed to take a bump out of the ring during RAW this week. Nia Jax threw her over the top rope, but Rose’s arm came down wrong, and she landed on it awkwardly.

The Golden Goddess clinched her arm, and she appeared hurt. It’s unclear what her current injury status is, but she was led off by an official. Hopefully, she is okay and doesn’t need to miss any action.

Next week’s edition of WWE RAW is the go-home episode before Survivor Series.