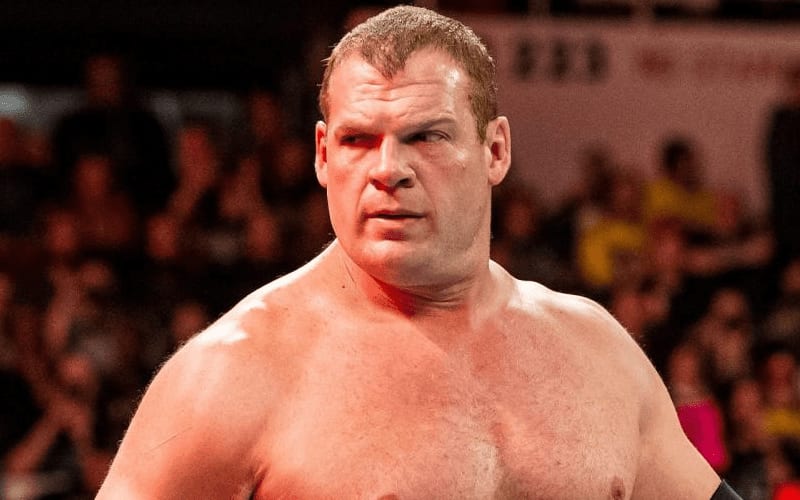 Kane entered the WWE Universe at Badd Blood to rip the door off the first incarnation of Hell in a Cell. That started a long and fruitful gimmick for the man who previously suffered through an evil dentist persona among others on his way to become The Devil’s Favorite Demon.

Now Kane is the Big Red Mayor, and he looks a lot like his Corporate Kane persona. He isn’t wrestling anymore, but when pressed about his in-ring status by Fox Sports, Kane revealed that you can never say never in WWE.

“You never say never in WWE. But, at the same point in time, I’ve gotten to the point in my life where I’m comfortable not being in the wrestling ring. It’s hard work. I’ve also gotten to the age where a lot of times I’m like, ‘Man, that looks like it hurts!’ I used to be, ‘Man, I wish I could be out there doing that!’ Now I’m kinda like, ‘Oooh golly. Those guys are a lot tougher than I am now.’ Nevertheless, if the opportunity arises … well, you know, we’ll see.”

Kane might wrestle again, but he also has a very important job as Mayor of Knox County, Tennessee. He has drawn some controversy in that position in recent memory as he narrated an attack ad on his own board of health after a mask mandate.

We’ll have to see if WWE brings Kane back for another match down the line, but his character might deserve a bit of attention if and when he finally decides that his time as a wrestler is over.