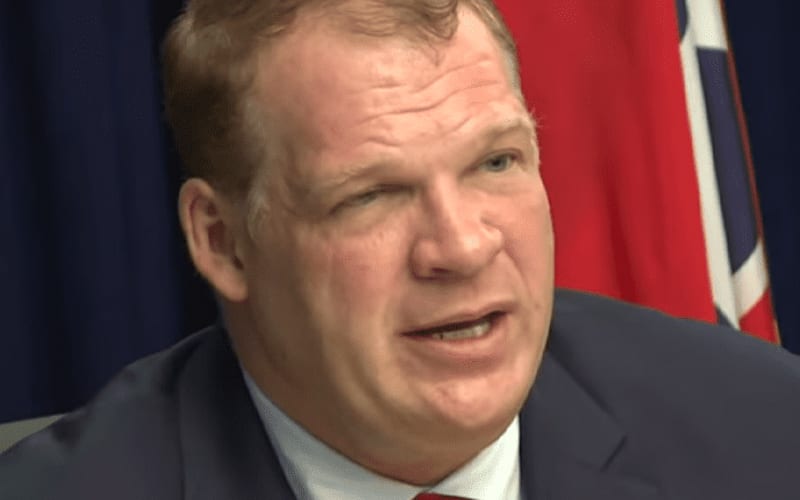 Kane wore a mask for decades, but he’s not about them in society. He recently narrated and released a video taking fire against the Knox County Board of Health. This has stirred quite a controversy.

Glenn Jacobs is Mayor of Knox County, Tennessee. He put out a video featuring the Declaration of Independence. Then he said that it is under attack. After painting the Knox County Board of Health as a “sinister force,” the video showed all of the board members’ faces.

Jacobs admits to making the video, but he said it “leaked online.” He said he is sorry for what he said in the video, but not sorry for how he feels. Kane also said his issue isn’t with the board members, “but the power bestowed upon them.”

He called the board members “Unelected bureaucrats who cast down edicts which carry the force of law with no accountability and no recourse” in the video that he narrated as dystopian images played on the screen. It is reported that some board members as so scared they are considering resigning for safety reasons.

He has received criticism from many professionals since the video’s release, not only for the message, but the divisive intention behind it. Dr. Patrick O’Brien said, “This division has got to stop. We’re in this together. Well do what we can based on science…if others want to g some other way or want to do it shooting from the hip, so be it.. You will reap what you sow.”

You can watch the video here from WVLT as they covered the controversy on their news broadcast.