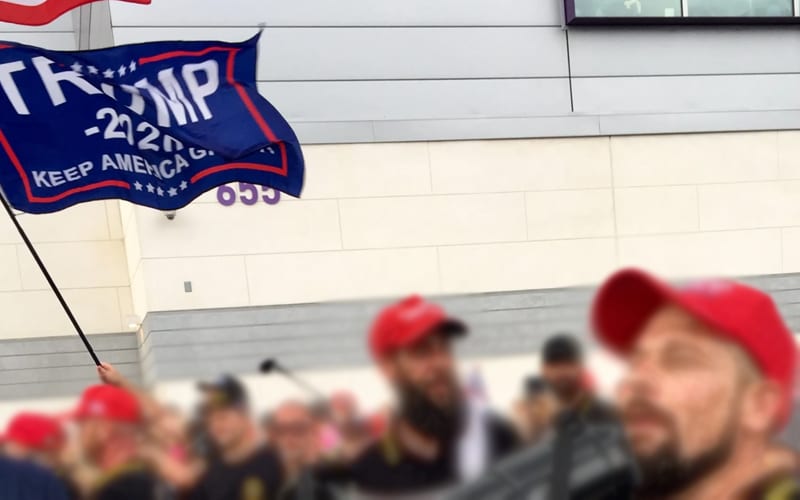 WWE referee Drake Wuertz has received some attention due to his political affiliations. He was previously linked to a group who allegedly held beliefs in line with Q Anon, and now he is linked to the Proud Boys on social media.

Wuertz’s recently posted on his Parler account that he will try to be more active on the social media platform. He also asked where his “Central Florida-Orlando/Sanford patriots” were at.

Upon closer investigation of Wuertz’s profile, he is a follower of The Proud Boys among others. David Bixenspan uncovered posts from Wuertz where he “echoed” messages such as: “no vaccine should be mandatory.”

Needless to say, this stirred up quite a focus on Drake Wuertz. Joey Janela even showed up at a right-wing rally asking people for Drake. They didn’t seem to know where he was. You can find that video below.