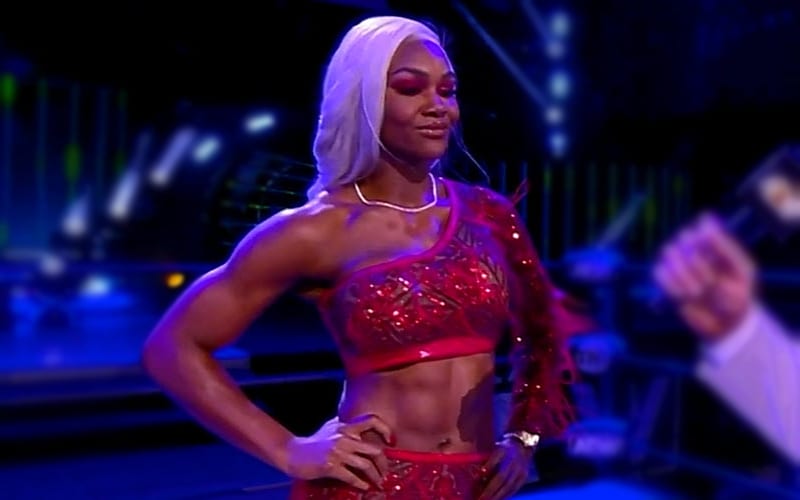 AEW locked Jade Cargill into a multi-year contract which was announced after her big Dynamite debut. She could have signed with WWE in 2019, but the company went another direction.

As noted in the Wrestling Observer Newsletter, Jade Cargill had a WWE tryout in 2019, but they did not sign her to a deal. It was surprising that WWE didn’t offer her a contract, but it is to AEW’s benefit now.

She’s also done modeling and had a WWE tryout in 2019 but wasn’t signed. Just based on her look and athletic ability I’m surprised WWE didn’t sign her, but they did a complete tryout and there must have been something they didn’t like

Jade Cargill has experience in the fitness modeling world, and she played college basketball for the University of Jacksonville. She is a cross-over athlete who is certain to get a spotlight in AEW, especially after her debut where she name dropped Shaq. We’ll have to see what’s next for Jade Cargill in AEW, but WWE had their chance with her.