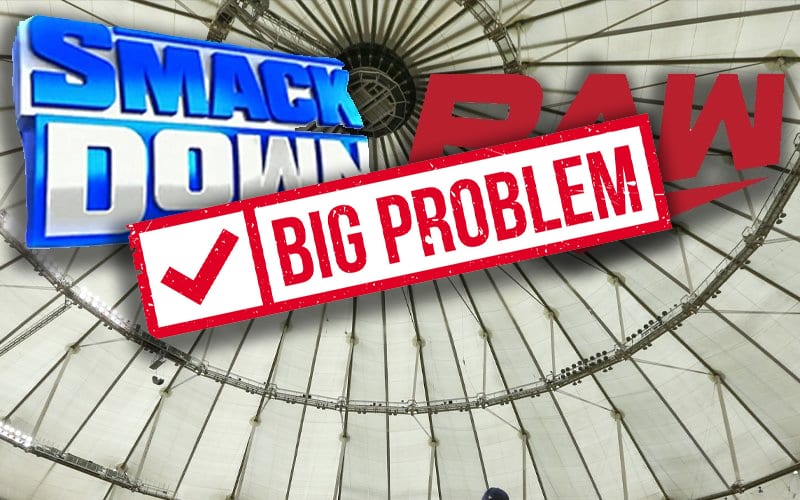 WWE must exit the Amway Center because the Orlando Magic need their arena back. The company has their eye on a new venue, but there could be issues with their plans.

The company is looking at Tropicana Field in St Petersburg. There are some benefits for this venue, but the drawbacks are also apparent as noted in the Wrestling Observer Newsletter. Florida will likely give WWE the freedom to continue producing events, and the stadium can house 42,756 fans, but WWE won’t fill that many seats for any of their pandemic shows.

WWE wants to bring fans back to events, and that might be a big attraction starting out, but as the weeks go by they might find it harder to fill those seats, no matter how many they set up. AEW found the same issue with Daily’s Place in Jacksonville.

The negative is that after a few weeks just like AEW, they will be very limited in what they can draw and unless they are giving tickets away, 1,000 people and that’s generous after a few weeks with two shows per week, will look empty unless they let people in free or charge almost nothing. And even then it’ll get hard to have a crowd twice a week.

WWE will certainly be able to bring in more fans for larger-scale events, but as Jon Alba previously reported the Devil Ray’s stadium has experienced a few power outages in recent memory. That is the last thing WWE needs during a live broadcast.