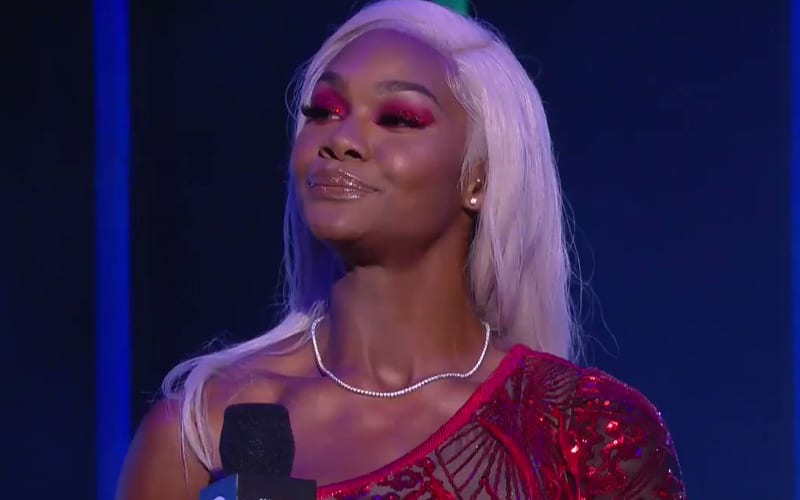 AEW signed Jade Cargill to a multi-year contract. You can click here for a breakdown of how those contracts work, but she’s making far more with AEW than she would have with NXT. AEW took a chance with Cargill, but she has also been putting in the work.

WWE passed on signing Cargill after a 2019 tryout. That didn’t stop her. According to the Wrestling Observer Newsletter, Cargill trained at AR Fox’s school and Heath Slater’s school as well. Now she is with QT Marshall at his school in Norcross, Georgia.

Jade Cargill has a huge upside. Not only can she perform on the microphone, which was evident on Dynamite this week, but she is also a gifted athlete. The 5-foot-10 Cargill started for three seasons with Jacksonville University’s basketball team as a guard/forward. She also led the team in rebounds and steals which shows her tenacity.

Cargill is in a relationship with MLB player and three-time All-Star Brandon Phillips. They also have a child together.

News Tip
wpDiscuz
47
0
Would love your thoughts, please comment.x
()
x
| Reply
You are going to send email to
Move Comment