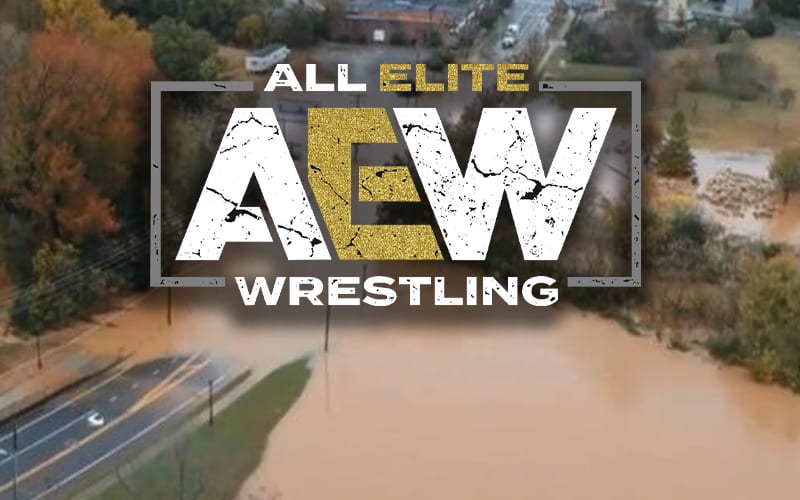 AEW had to produce Dynamite this week in very unfavorable weather. It also caused the company to draw their lowest attendance to date since bringing back live fans. They had to call some audibles along the way to make things work.

Tony Khan noted that they had to used leaf blowers to dry off the ring due to the rain coming in. It was pouring sideways into Daily’s Place, but that is a risk they take when setting up in an outdoor amphitheater.

The Wrestling Observer Newsletter also noted that they had to set up their Red Carpet at ringside due to Hurricane Eta.

They had the red carpet from the PPV preshow so he had the ring crew chop it up quickly and tape it down so there was a non-slippery surface.

It’s not easy to produce an event when the weather is trying to derail plans. AEW made it through a pandemic, which is still ongoing, and now they have made it through a hurricane. We’ll have to see what their next obstacle is, but Tony Khan and crew seem to have a knack at improvising.