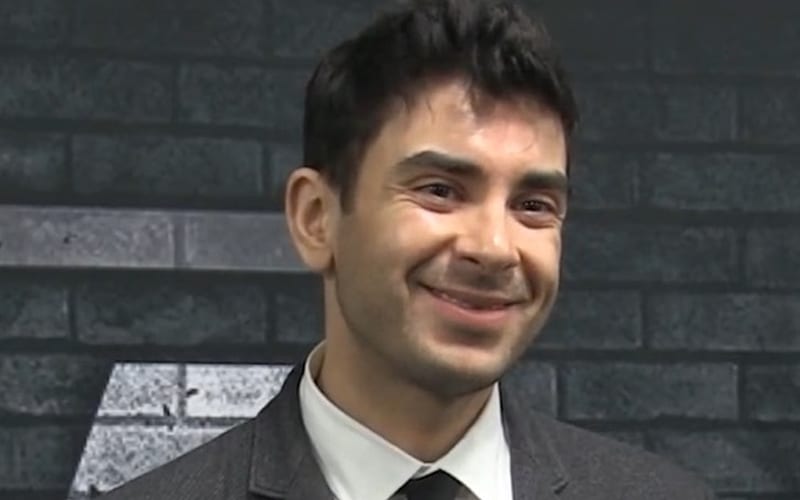 AEW Dynamite will be live next week on TNT. This is why it was interesting that a “leak” came out which claimed to spoil a segment for next week’s show. It turns out that spoiler was for Dark instead.

Click here for our full coverage of AEW Dynamite from this week.

Tony Khan read Ringside News’ article about the leaked spoiler on Reddit. He cleared everything up to let fans know what is really going on. Britt Baker’s “The Waiting Room” talk show will debut on the next episode of Dark, and not Dynamite.

Don’t believe everything you read on Reddit. That was taped for Dark. #AEWDynamite is Live next Wednesday with a huge card including @CodyRhodes & @DarbyAllin v Brian Cage & Ricky Starks, @youngbucks v Top Flight, PAC returns to the ring v The Blade, @orangecassidy v Kip, & more!

Next week’s episode of AEW Dynamite will include some great matches. Cody Rhodes and Darby Allin will team up to face Brian Cage and Ricky Starks. Orange Cassidy will have a match against Kip Sabian. Also, The Young Bucks will finally take on Top Flight.

Pac will also return to action next week as he takes on The Blade. Click here for some big news on what AEW has in store for Pac for the next few weeks.