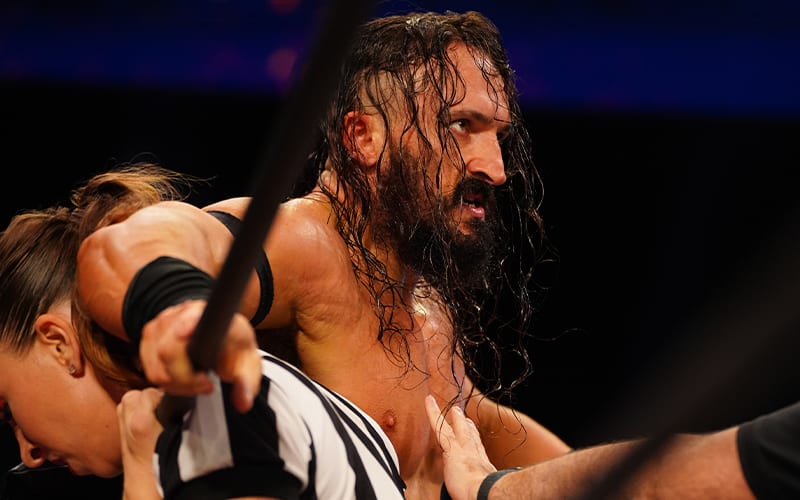 Pac made his return to AEW Dynamite this week in a surprise after Penta defeated Fenix in a brutal singles match. Click here to see photos of those two tearing off each other’s masks. Eddie Kingston then got in the ring to seemingly disband the Lucha Bros.

The Bastard’s return to AEW came after he was forced to sit at home for eight months during the pandemic. He was in isolation, and now he’s ready to get back to business. What kind of business does AEW have in store?

According to Bodyslam, Pac will realign himself with Penta and Fenix to bring back the Death Triangle faction. The three will then feud with Eddie Kingston, Butcher, and the Blade. Pac will stay in the United States for about a bit, but then he will go back to the UK for Thanksgiving. The plan is for him to return to the USA once Dynamite starts filming on a weekly basis once again.

I was also told that PAC will remain in the States through next week’s live episode of Dynamite and the set of tapings for the following week before returning home in time for upcoming Thanksgiving holiday. He will then return back to the States following the holiday when AEW returns to live programming.

Pac’s return is a big part of AEW’s plans. A lot of things determine on the current spike of COVID-19 cases in the United States. Hopefully, another travel ban won’t come around to force a change in AEW’s plans once again.