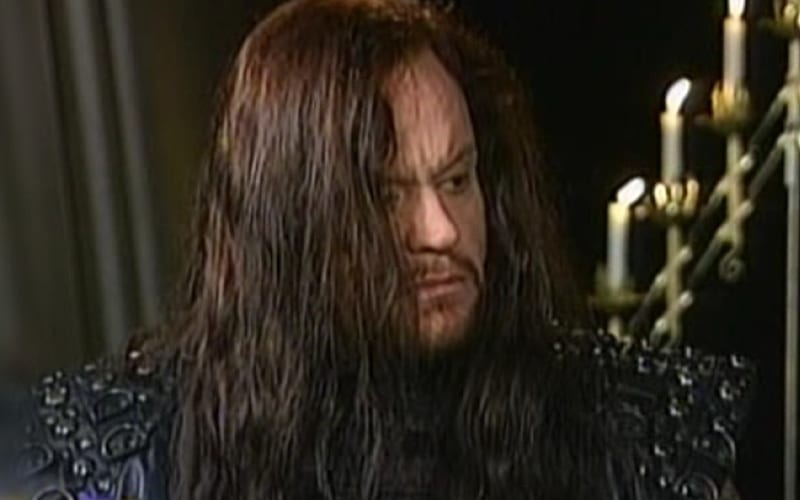 The Undertaker is celebrating 30 years in WWE, but it never would have happened if Vince McMahon didn’t give him that gimmick. It was a very different idea for a pro wrestler, and The Undertaker knew that they had something worth running with.

While speaking to Sony Sports India, The Undertaker walked fans through the process of when he was first presented with the Undertaker character. It was unique and he knew from the first time that Vince McMahon presented him with that pitch that they had something special.

Almost immediately when it was presented that to me by Vince, he basically showed me The Undertaker, he gave me the name, and then he showed me the storyboard and drawings of the character. And immediately I was mesmerized this is so different from what anybody has been doing just from visuals not even getting into the characteristics of it. And then, he kind of gave me about what the Undertaker is about, he thought the Undertaker was I liked it. I liked it a lot and as it started to develop the character, more and more, I became that guy.”

“You can test it sometimes when you take a role you become that. I have done it for 30 years. I think that’s why it comes off so genuine to the people I think that’s where the people were really shocked when I did the Last Ride documentary because they got to see the whole other person that they got to see but that [they] didn’t even really know existed. Most people were like no, that’s not the Undertaker. I am not gonna look into the eyes because he may not gonna like it.

The Undertaker protected his character for a very long time. In recent years the Undertaker has pulled back the curtain on his true personality, and the Last Ride docuseries really helped with that. We’ll have to see what’s next for The Undertaker as he is slated to give his “final farewell” at Survivor Series on November 22nd.

Thanks to ITN WWE for the quote