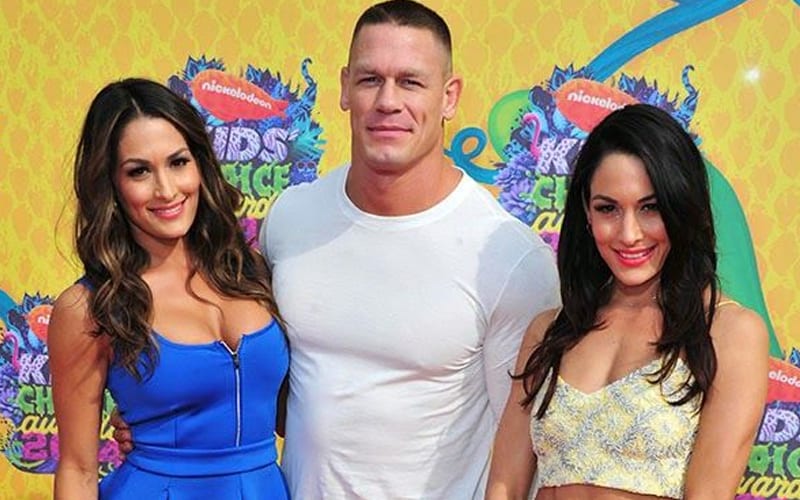 John Cena and Nikki Bella were very close to getting married when they called things off. Now they are all happy in different relationships, but Cena still keeps a close eye on his ex’s activities.

While speaking to US Weekly, Nikki Bella revealed that John Cena reached out to both of them after they had their babies. She said that was the first time they had a conversation in a long time, but it was “short and sweet.”

“So with the baby, he reached out to Brie and I both. We haven’t had an individual conversation in gosh, I don’t know how long, but it was very short and sweet!”

The Bella Twins might make a return to the ring sooner or later. There is interest from WWE for them to make a comeback, and the Bella Twins are also not opposed to the idea.

We’ll have to see what the future holds for everyone involved. The Bella Twins could plausibly come back to WWE before John Cena has a chance to find the time in his busy schedule.