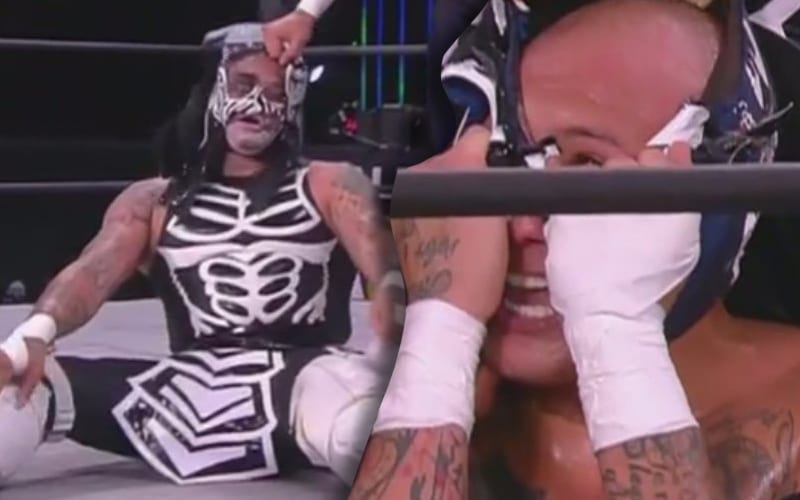 AEW Dynamite was a very eventful show this week. We will have to see if it shifts the pro wrestling world as Tony Khan promised, but fans are still buzzing about the main event match.

Click here for our complete overage of AEW Dynamite from this week.

The last time Penta and Fenix met in the ring, Fenix was injured, but he still won. This week’s match ended with a different winner, but they still went all out.

Masks are sacred in Lucha Libre tradition. It can result in a DQ under traditional rules to rip an opponent’s mask, but that didn’t cause their AEW Dynamite main event contest to end this week.

Penta was the first to rip at his brother’s mask, exposing much of his face. Then it was Fenix’s turn, and he got a much bigger rip. Penta’s face was almost 100% exposed to the camera at points, and they had trouble keeping their faces covered doing their spots.

We’ll have to see how this ends for everyone involved. PAC’s return at the end of Dynamite could shake up this entire situation. If fans wondered what Fenix and Penta look like without their masks on they got a very good idea this week on Dynamite.