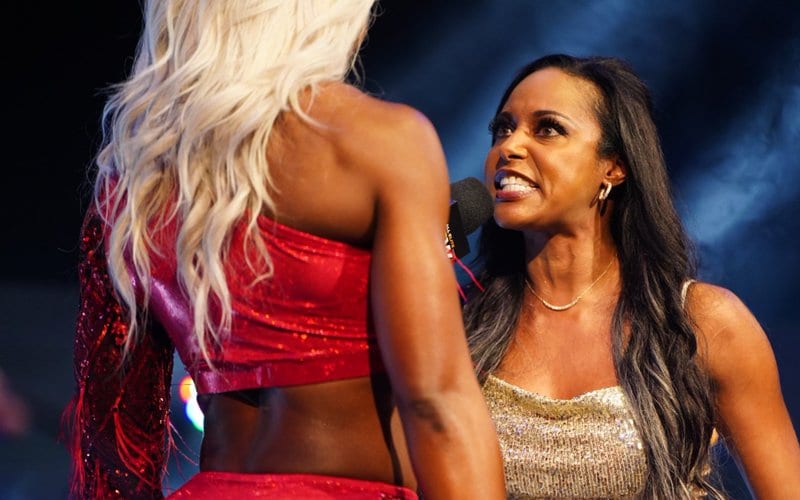 AEW Dynamite featured a surprising segment this week when Jade Cargill came out and got in Cody’s face. Before she left, Cargill dropped Shaq’s name. Then Brandi Rhodes came out to rip her a new one. The war of words didn’t stop there.

Following the big AEW debut segment, Brandi Rhodes jumped on Twitter and she posted a photo of her confrontation on Dynamite with Jade Cargill. She also included the caption: “Not playing with this b****,”

Cargill responded by saying: “She’s so cute with the mic.”

We’ll have to see where their feud ends up, but it is safe to say that this is just the beginning for those two. They had a lot to say to each other, and things do not seem settled.

If Shaq shows up in AEW and actually wrestles a match, then a mixed tag team match might make a lot of sense. Stay tuned.