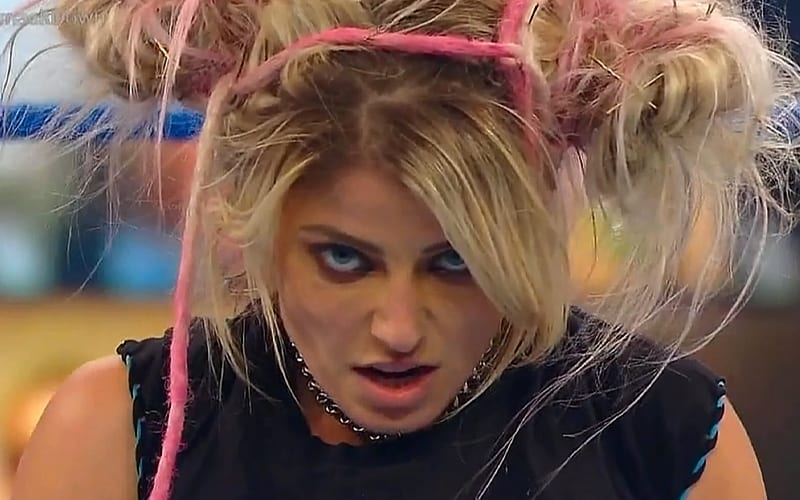 Alexa Bliss has been in WWE long enough to know that someone disagreeing with you isn’t the end of the world. People fight, especially when they see each other all the time, even more than their own families. In the end, she said “it’s like Thanksgiving at your parents’ house 300 days a year.”

While speaking to Allison Rosen, Alexa Bliss discussed some of the issues that Superstars might have with each other on the road. She said that they’re a big dysfunctional family in the end, and families fight. That doesn’t mean it is any less fun.

“It’s like Thanksgiving at your parents’ house 300 days a year. We’re all a big dysfunctional family but we all love each other. Obviously, when you see someone every day for 300 days, there’s going to be a little bit of bickering and arguing, but then, at the end of the day, we’re all family and we’re all going for the same goal. We all just want to have a good product, and it’s a lot of fun.”

“Some of my closest friends come from work, and what’s nice about it too is the days that we are home, we don’t have to see everyone from work. It’s nice; it’s a really healthy balance, and it’s always so much fun because sometimes you’re in the ring with your best friend and you are having matches against your best friend. You guys have the match and talk about it after and give each other feedback. It’s a lot of fun.”

Alexa Bliss doesn’t tour around like she used to with WWE, because they are no longer keeping that insane house show schedule complete with traveling for television. She got to stay much closer to home during the pandemic, and she enjoyed that break from travel.

WWE will likely pick back up as soon as possible. It’s good to know that no matter how often someone might disagree on the road that they’re still a family at the end of the day.