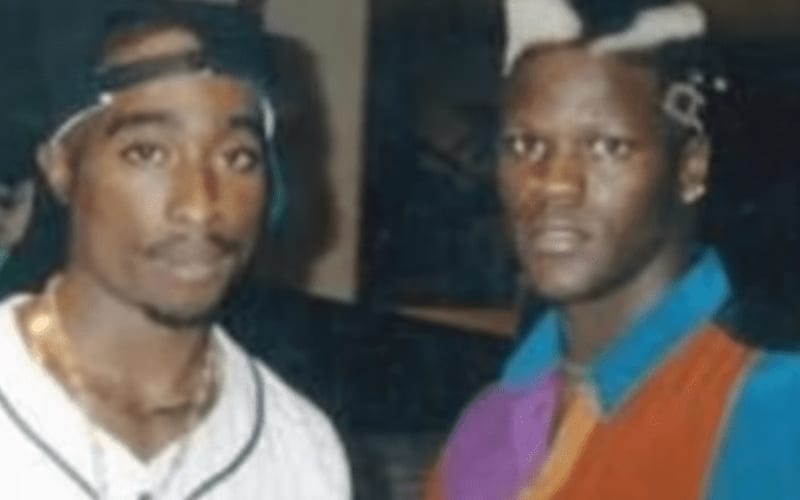 R-Truth is known all over as a WWE Superstar, but he’s been in the rap game for a long time as well. A very famous photo of R-Truth and legendary late rapper Tupac Shakur is out there, and it’s very real.

While speaking to New Day: Feel The Power, R-Truth revealed how he met Tupac Shakur. He was very young and met Shakur right after he did the movie “Juice.” R-Truth was working on his rap career at the time and going all over.

“I was very young still then, in those pictures. I was just happy to be there at that time. We went from Atlanta, to VA, to DC. It was a thing called The Jack the Rapper Convention. Back then, it was demo tapes. I had my box of demo tapes, vinyl, and that’s where Tupac had just done the movie Juice when I met him,” revealed Truth.

R-Truth was just getting started out at the time of that photo, and Shakur was already well-known. It’s interesting that we’re still talking about that chance meeting photo-op all these years later.

Thanks to Wrestling Inc. for the quote