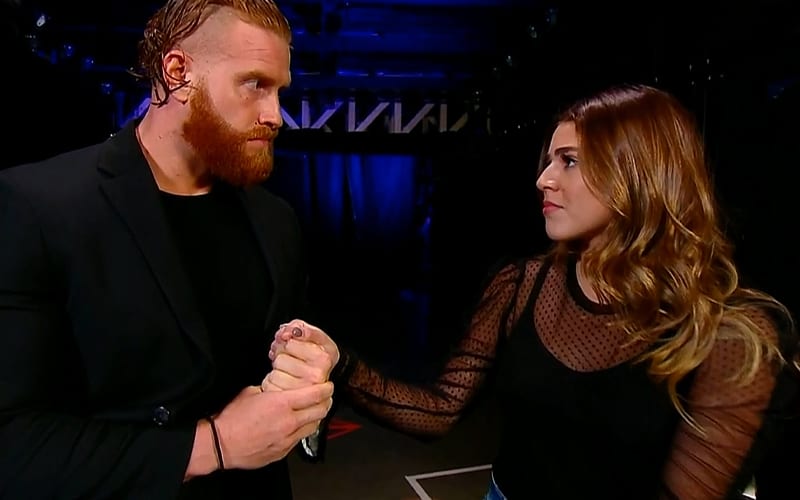 Rey Mysterio brought his children with him during this run with WWE. Dominik Mysterio is a bona fide Superstar, but his daughter Aalyah is not. She is involved in a spotlight storyline and receiving some major praise in the process.

Ringside News exclusively reported on Aalyah Mysterio’s contract status. She is in school, so a full-time contract isn’t happening yet. You can never say never about one eventually being offered to her.

Wrestling News reports that Aalyah Mysterio has received some major praise in recent weeks due to her work with Murphy in that SmackDown angle.

“Think about this. She hasn’t trained at the PC and she has no prior acting experience. We knew Dominik had the potential to be great but I think Vince got caught by surprise because he was not expecting to see potential out of both of Rey’s kids.”

Aalyah Mysterio and Murphy are involved in a romance angle, and things are getting interesting. Seth Rollins hasn’t left the situation as he continues to manipulate things to the best of his ability. Murphy seemed to have a plan by aligning himself with Rollins yet again, but Aalyah wasn’t too happy about his outward support of the Messiah once again.