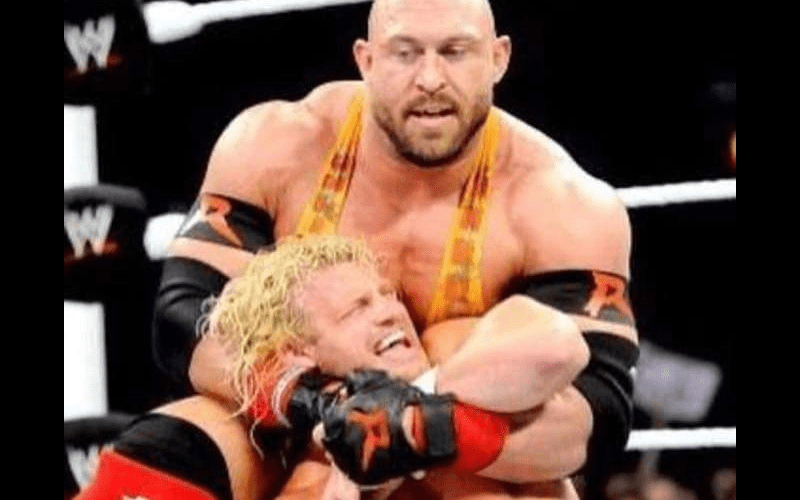 Dolph Ziggler came from amateur wrestling prior to making it in WWE. He posted an old photo of his wrestling team at Kent State, but he didn’t expect it to turn into such a situation on social media.

Ryback responded to the Show Off’s tweet by saying: “bridges before bitches.” This was followed by Dolph Ziggler replying with his own little joke at Goldberg’s expense: “They called me Goldberg …bc everyone hated wrestling me.”

The Big Guy took some time to formulate a proper response. He never heard those chants because the building was too noisy from all of the Feed Me More chants coming his way.

I never heard those chants, was too busy listening to the buildings roar and shake with my Trademarked Feed Me More. What’s next for Ziggy Michaels? Sitting in Gorilla working under Pussy Paul’s Developmental Program?

Ryback has not made any return to WWE, and it’s really not likely. The way he speaks about Vince McMahon’s company doesn’t really give the best impression that things are okay between the two. He still has friends in the company including Dolph Ziggler.

There’s no heat between Dolph Ziggler and Ryback, but that won’t stop them from trading some friendly fire.