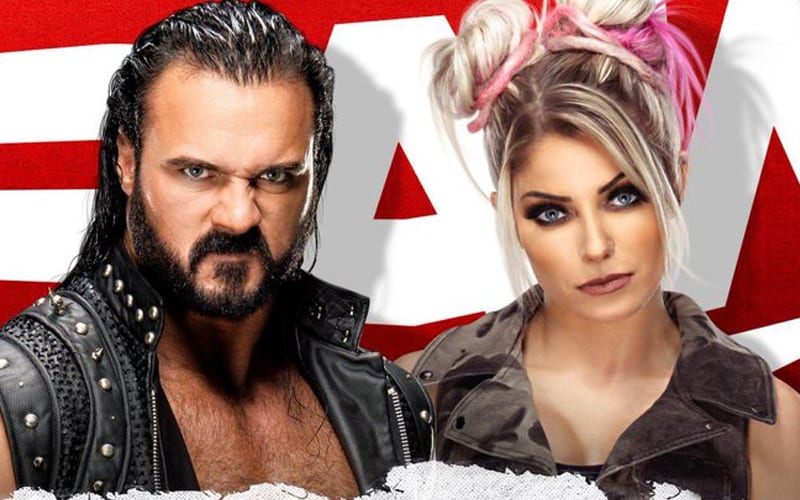 WWE is going to continue their Survivor Series build, and they have three hours of RAW to do it tonight. They only have a couple of things booked so far.

As of this writing, there is one segment and one match booked for RAW tonight. We expect to hear about more additions to the lineup, but right now they don’t have much advertised.

A very special Moment Of Bliss will take place this week. She will have Drew McIntyre on the show as her guest. Bliss already teased The King Of Claymore Country in a big way prior to this segment.

They will also have a second chance Qualifying match for Survivor Series. Elias and Riddle will battle for the final spot in the men’s Survivor Series Team

WWE is always changing their plans around, especially with Vince McMahon calling the shots. The Survivor Series card is not immune to change no matter how certain people are that things won’t be altered again.