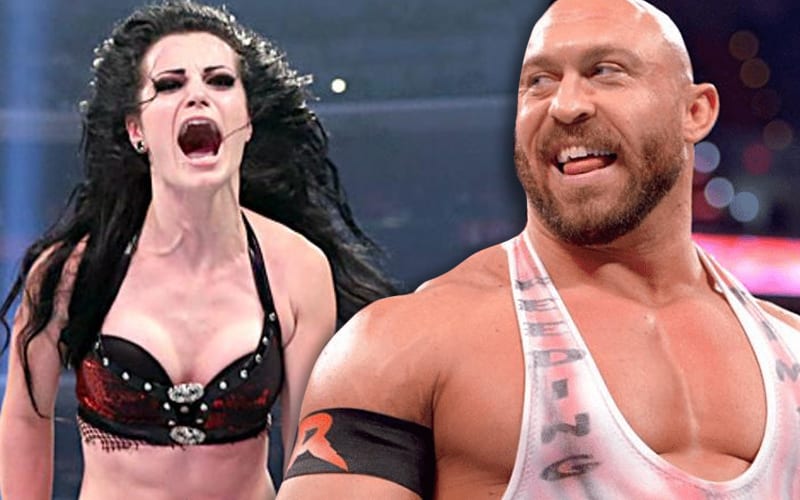 Paige recently spoke out against WWE during her Twitch stream, a platform they don’t want her on anymore. She admitted to speaking to an attorney about unionizing and she plans to speak with them again. Ryback is all for this.

During The Ryback Show, Ryback went into Paige’s situation. He is very happy that she is standing up against WWE, and he wishes others would “have a f*cking set of balls” and do the same.

“With Paige, I get it. I understand the frustration because she is f*cking telling people how bad they are while she is there. She has some god damn courage and I love her.  More people need to have a f*cking set of balls there and speak up, but they don’t. They collect the check and it is what it is. But, they are not there for you once everything ends. I have talked to Hall of Famers and people that broke their backs for the business coming up and hugging me at independent shows saying, please don’t stop doing what you are doing. I can feel their f*cking pain. So many of them, and they are all broken and battered and that one f*cking man is still doing that sh*t and getting away with it. I can’t wait because this time in this day and age, with social media and everything and the power the people have, we have the power and now we can unite up against them.”

Paige’s situation is very different from most complaints that we’ve heard about WWE Superstars. She is currently in the company. That kind of complaining doesn’t usually happen, especially coupled with talk of unionizing.

WWE has a history of squashing any talk about unionizing in a quick and concise manner. We’ll have to see what the future holds for Paige. Former Presidential Candidate Andrew Yang has already promised that if Joe Biden wins the US Presidential Election then something will be done about this situation.