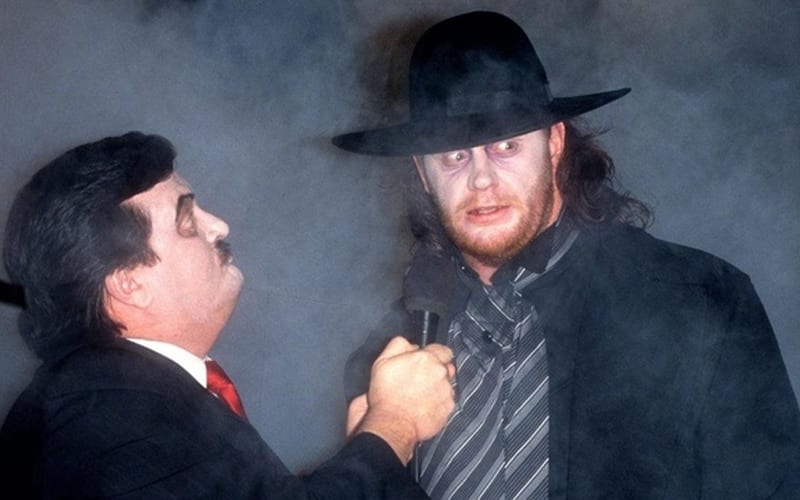 WWE is celebrating 30 years of The Undertaker’s career with an entire month of programming. 30 days of the Deadman will also feature a documentary devoted to The Undertaker’s long-time manager and friend Paul Bearer.

The Deadman hopped on Twitter to promote the trailer for the Paul Bearer documentary “The Mortician.” He also shared his thoughts on the iconic Hall of Famer manager who stood in his corner for so long.

Paul Bearer was an iconic manager in front of and behind the curtain and was a great friend and great person in my life. I hope this shows just a portion of the man he was and the role he played in helping make The Undertaker so successful. #TheMortician

The Undertaker will give his “final farewell” at Survivor Series. We have no idea what to expect, but Mark Calaway, the man behind the mystique is really signed a 15-year contract in March. He has a long time to go until that deal is over, so this could be an interesting segment on November 22nd.

You can check out the trailer below for the Paul Bearer documentary. It’s a great special if you have the time to check it out.