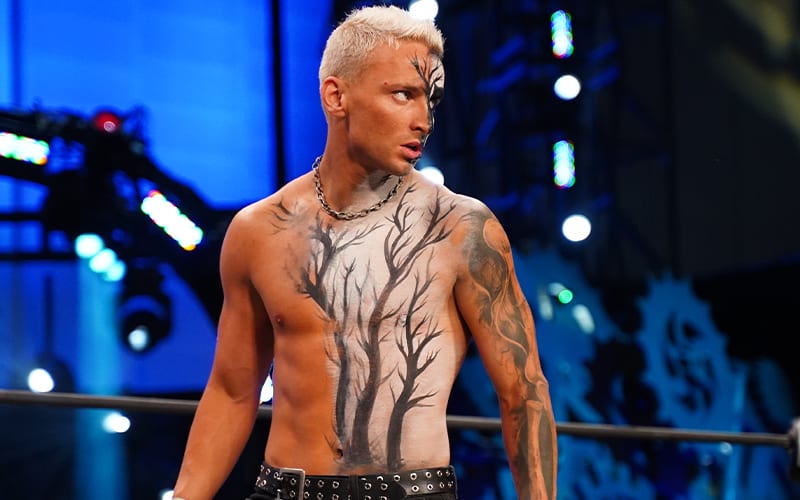 Darby Allin has been compared to Jeff Hardy and Sting since debuting for AEW. He is now the TNT Champion following AEW Full Gear, and he won it off Cody Rhodes. It was very fitting how everything came together for Allin in Daily’s Place.

During the media conference following Full Gear, Tony Khan was asked about Darby Allin. Khan gave Cody Rhodes credit for finding Allin, and pushing for his signing. Once Tony Khan saw what Darby Allin could do, he knew that they had a future star on their hands. That encouraged Tony Khan to sign Allin to an even longer deal.

“I’m a big fan of Darby. I think it was appropriate that the fourth match that Cody and Darby had in AEW was this championship win for Darby because Darby’s debut here came against Cody.”

“Our Executive Vice Presidents do a great job scouting people and bringing them to our attention and Cody wanted to work with Darby from the beginning, and I was very, very up for it — excited to sign Darby to a multi-year deal, and when I saw what he could do, and when I saw the value he brought I extended it, so Darby’s signed here for many, many years to come.”

“After the match he had with Cody I knew that Darby’s going to be a huge, huge star. I saw he had potential, but I had no idea until Fyter Fest in Daytona, 2019. I really, really believe in Darby and I think our fans and everyone in the company believes in him.”

Darby Allin isn’t leaving AEW for a very long time, and Tony Khan made certain of that with a lengthy contract,

Tony Khan also noted that Full Gear was six-months from when Darby Allin’s feud with Team Taz started. He said it was “really fitting” that Team Taz ruined Allin’s big moment on Saturday. Allin will have plenty of time to seek revenge.