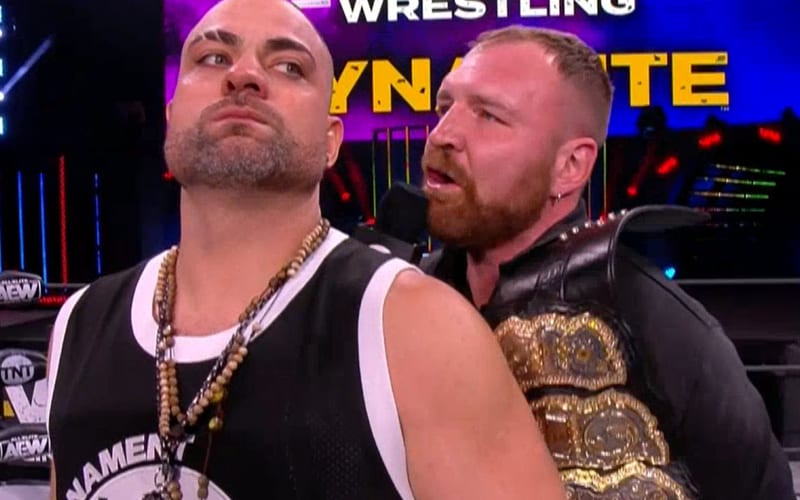 Eddie Kingston appeared in AEW to answer Cody Rhodes’ open challenge for the TNT Title. He did not win that match, but he did receive a contract and an eventual shot at the top title in AEW.

Jon Moxley explained during the media conference after Full Gear that Eddie Kingston wasn’t supposed to be his opponent. He had plans for Lance Archer, but The Murderhawk Monster tested positive for COVID-19. Kingston seemed to fit, and Moxley knew it would be a success.

Tony Khan trusted Moxley after he told him that a program with Eddie Kingston work work. The proof in their I Quit match at Full Gear showed that the idea paid off.

“I had a whole different set of ideas for Lance that was going in a different direction. I get a call, ‘Lance has COVID’ — SON OF A BITCH every week someone’s got COVID, whatever — He said ‘what do you think about you and Eddie?’ Oh, interesting. And we jump right in and we come to this and and I choke him out and he’s like ‘I didn’t tap!’ And it just made sense, like I’m telling you, we can do me and Eddie. He’s kinda new and he hasn’t been on the main stage for very long, but I know this f*cking guy. I know me and Eddie can sell a match, in four weeks. I just know we can with all the faith in the world.”

“I’ve not handpicked any opponents whatever Tony’s put in front of me, every single title defense I’ve had, whoever he wants me to work with I’ll work with that person and do my absolute best to make them better than where they came in with and have a different style of match so I can wrestle any style. High-flyers, the technicians, the monsters, hardcore matches, wrestling matches. I can do any f*cking style. I can do Bloodsport on Sunday and come in and do a hardcore match on Wednesday. I can do a dirty I Quit match like tonight to show my versatility so whatever they put in front of me I’ve taken, but with this thing here with Eddie I say ‘I think we can take this,’ and Tony said, ‘let’s do it.'”

Jon Moxley said that all they need to do is cut promos on each other to build the match. They just needed their words and Moxley was confident that it would bring interest. The pay-per-view numbers are still unknown, but AEW Full Gear produced a stellar main event match.