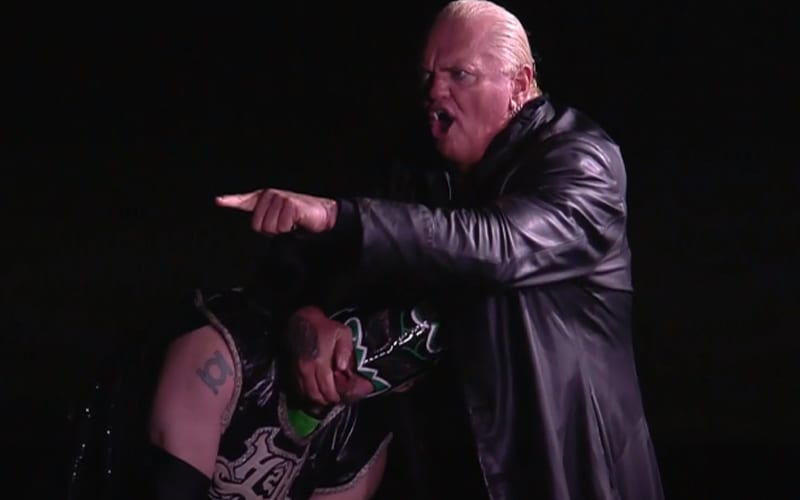 AEW Full Gear featured an Elite Deletion match that included a lot of special attractions. Hurricane Helms and Gangrel even showed up to make cameos, and they had a great time with that match.

Shane Helms sent out a heartfelt tweet following the Elite Deletion match to thank AEW, Tony Khan, and Matt Hardy for “letting him play.” He also said the business is theirs for the taking.

I want to send a personal Thank You to the @AEwrestling team, @TonyKhan and @MATTHARDYBRAND for letting me play tonight. This business is ALL OF OURS!! Thanks for letting me be me.

Gangrel replied saying: “Hell yes, ditto.” Obviously, he wouldn’t mind coming back to AEW either. You never know how AEW could insert those two famous figures from pro wrestling into a future storyline.

Helms’ AEW Full Gear appearance is rather interesting as he recently revealed that he hasn’t been fully released by WWE. He was one of the cut producers on April 15th, but he apparently remains on furloughed status.