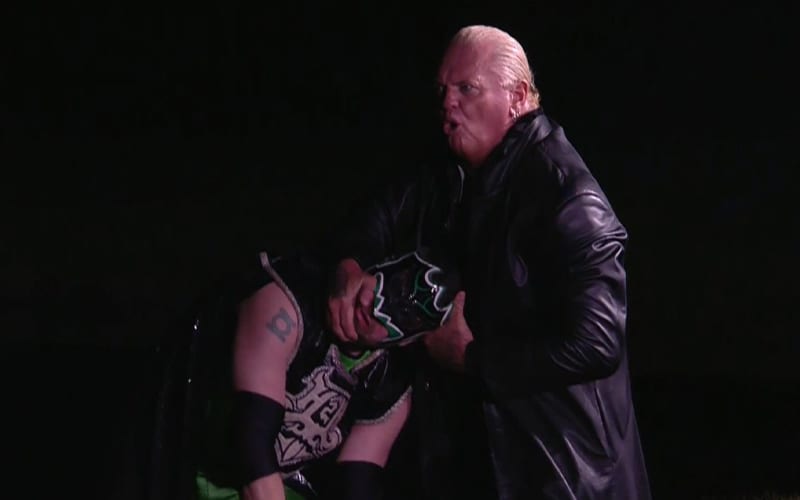 Matt Hardy and Sammy Guevara had quite an interesting match on the Hardy Compound. The Elite Deletion match during Full Gear also featured a couple surprise appearances.

During the Elite Deletion match, Gangrel appeared with Hurricane Helms tied up. Matt freed Hurricane, and he asked “what took so long?” Matt said: “Sorry, it’s long-term storytelling, besides, I had to get to AEW.”

Shane Helms also re-appeared later on and tried to interview Sammy Guevara in his reporter character. Gangrel also got involved in the ring with Private Party.

That was quite a little cameo, but it could also result in more appearances down the line. It was definitely a lot of fun for fans.