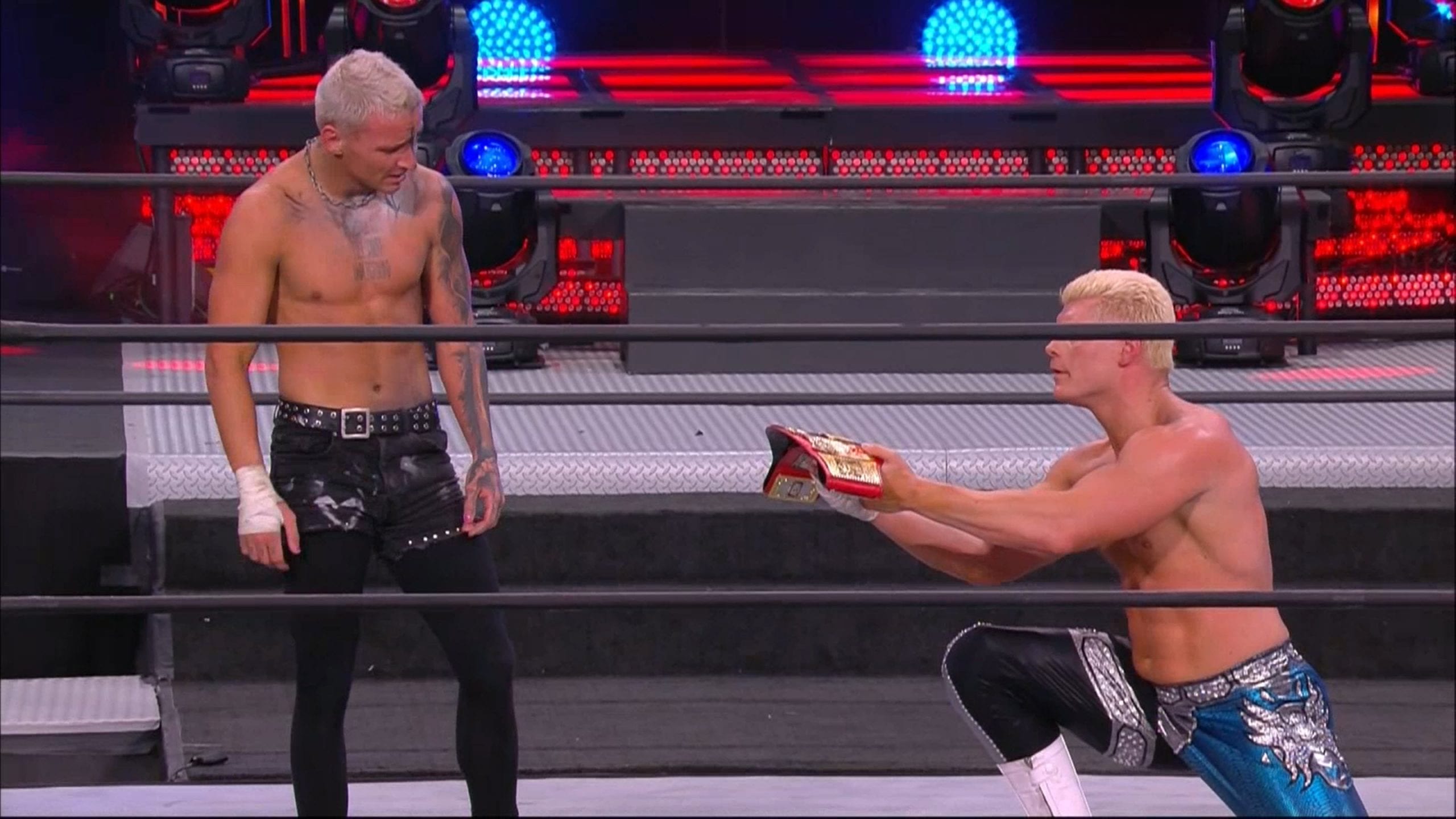 Darby Allin has a bright future ahead of him in AEW, and he reached a big milestone in his career at Full Gear. Allin is the new TNT Champion.

Cody Rhodes and Darby Allin have quite a history with each other considering the short span of time AEW has been open. During their match, Cody Rhodes didn’t finish Darby Allin. Then Allin scored a pinfall and captured the title.

This match included many near falls, and it ended with a sign of respect as Cody Rhodes raised Darby Allin’s hand in victory. This was after Cody presented Darby with the title.

Then Taz came out to cut a promo on the new champion, the emotions, hugging, and tears. Brian Cage put Allin through the windshield of a car, and they tried to smash his arm in a car door. Then Will Hobbs ran out for the save.

The story is just beginning for Darby Allin.