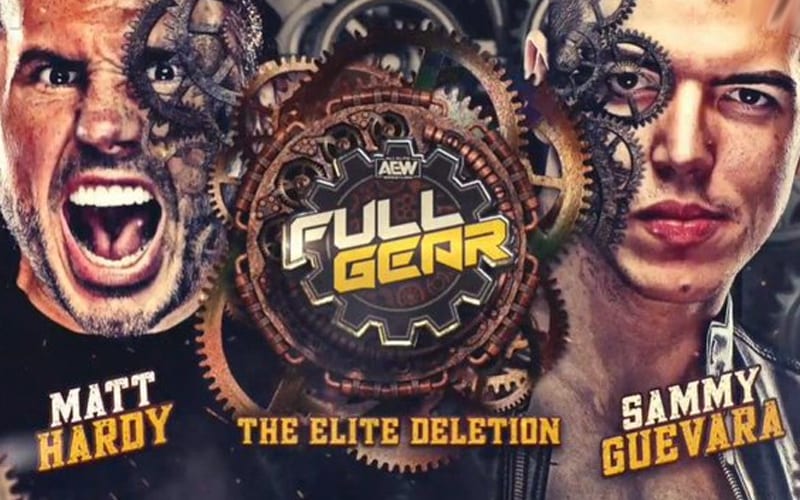 AEW has a loaded show in store for fans at Full Gear. One match will be a bit different as the company presents Matt Hardy’s version of a cinematic match.

Matt Hardy will battle Sammy Guevara in an Elite Deletion match during Full Gear. This will be quite an addition to the Full Gear card, and it could be the big Deletion match that Hardy has waited to produce in AEW.

Hardy stated months ago that a cinematic match was impossible at the Hardy Compound. North Carolina’s regulations at the time did not allow for such filming during a pandemic. That match will finally see the light of day at AEW Full Gear.

During the AEW Full Gear Red Carpet show, Tony Schiavone confirmed that the Elite Deletion match will take place on the Hardy Compound. Anything can happen on that property, after all, the Lake of Reincarnation is just a stone’s throw away.