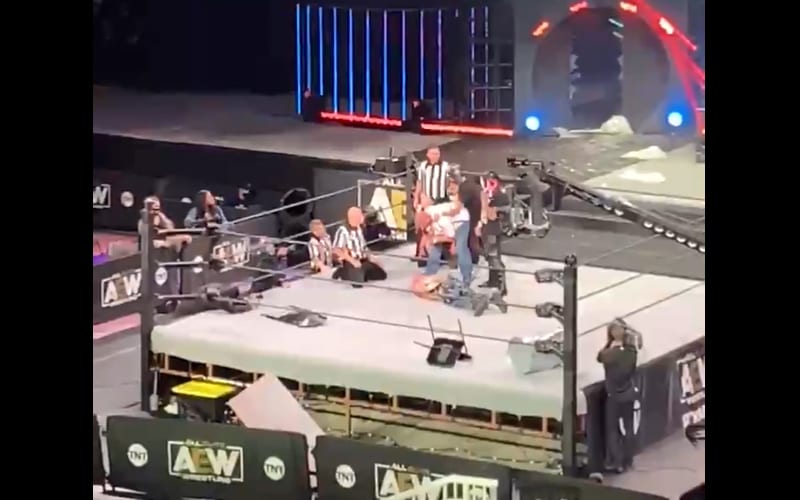 Eddie Kingston ended AEW Dynamite this week by giving Jon Moxley a beatdown, but it didn’t end when the show cut off TNT. The action kept going in the ring and Kingston cut a passionate promo on the AEW World Champion.

A fan who was in Daily’s Place captured the promo for all to see. It was making its way around the Internet Wrestling Community, but the video was a bit hard to hear. Fans will soon get a much better version of that promo.

Tony Khan responded to a fan begging for AEW to release the new promo online. Khan said that the promo was filmed and gave a lot of hope that fans will see it in high definition quality sooner than later.

Of course. While I hugely value the socially distanced fans wearing protective masks who attend our shows, cheer from their seating pods & add so much to the show & inspire the wrestlers in their matches, bless you all, I also assure you that promo wasn’t only for the live house

Eddie Kingston was never eliminated from the Casino Battle Royale. He also never tapped out to Jon Moxley in their AEW World Title Match.

Kingston has more fight left, and it appears that Moxley is going to give it to him. Let’s just see where this angle leads, but AEW certainly seems to have plans for the footage they shot after AEW Dynamite went off the air this week.