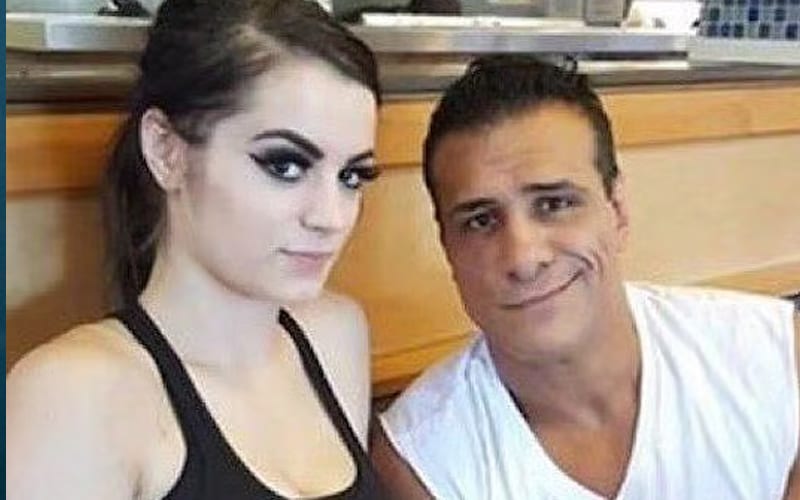 Paige recently asked fans if she should write a book. That book could very well expose even more secrets about her toxic relationship with Alberto. She opened up about that relationship recently and revealed some shocking information.

During the GAW podcast, Paige spoke about something that she has never openly talked about before. Her relationship with Alberto Del Rio was abusive, and it got physical at times. It was a terrible experience that took a lot of courage to disclose.

“I’ve never spoken about it before, whether podcasts or interviews, I always stayed away. But now it’s completely out there. I’m like, ‘why am I shying away from this? Why am I not brave enough to talk about it?’”

She explained that “it becomes a cycle.” She said that they could be trapped in a room for hours at a time, and she would be “getting [her] ass beat every couple of minutes.” She also described “crazy things” that he did to her, but she did not go into much detail about that.

“In the beginning, you’re fighting back with this person. But in the end, it becomes a cycle. Eventually, something is happening to you every day. You could be trapped in a room for 6-7 hours, getting your ass beat every couple of minutes. And he’s doing all these crazy things to you.”

She then summed everything up by saying: “Because he’s Voldemort to me. He needs whatever is happening to him. Karma is a real thing.” This was referencing the current legal issues Alberto is going through.

At this time, Alberto Del Rio is preparing for trial on January 25th. He is facing charges of second degree sexual assault and aggravated kidnapping.