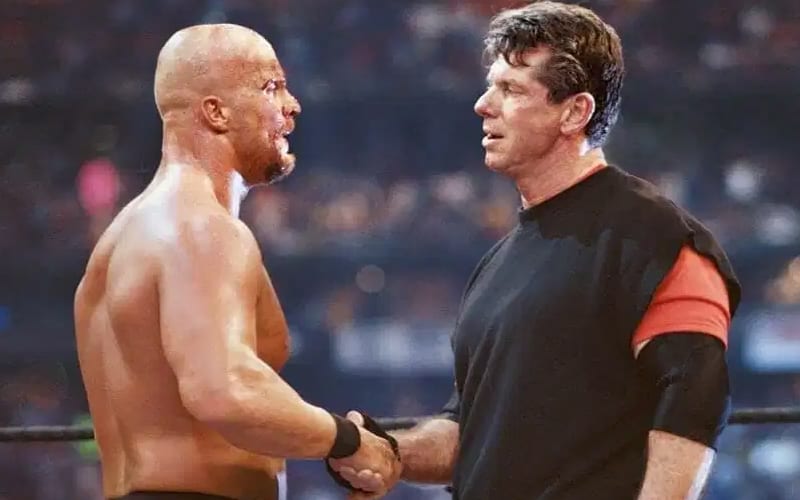 “Stone Cold” Steve Austin became one of the biggest WWE Superstars of all time. His Austin 3:16 t-shirts flew off store shelves, and he’s still a major merchandise mover to this day. None of that would have happened if Vince McMahon was correct in his assumption that The Rattlesnake didn’t have it in him to hold a spot on the top of the card.

Jake Roberts recently spoke to Premier Live TV, and he revealed a very interesting conversation he once had with Vince McMahon. While writing television with McMahon, Roberts suggested that Austin would be a main-eventer. This is when The Chairman revealed his current feelings about The Rattlesnake.

“When Steve Austin came to WWF, I was helping write television, and I watched him, and I said, ‘This motherf*cker got it, man. He’s got that ‘it’ factor and he don’t even know he’s got it.’”

“I’m starting to scoot him into places. Sort of as an afterthought so nobody was watching. Well then one day I told Vince [McMahon], I said, ‘That guy right there is gonna be your next super, superstar.’ ‘You kidding me Jake?’ He said, ‘That guy, he’ll never make it past fifth, sixth match. He’s not a main-eventer.’ I said, ‘The f*ck he ain’t.’ He said, ‘Do you think so?’ I said, ‘Yeah I think so,’ and we tried the thing and I guess it might’ve worked huh?”

Vince McMahon did give Steve Austin that big push, and the rest is history. Ironically, Austin also has the infamous Curtain Call to thank for his rise to stardom. Triple H was slated to win the King of the Ring that year, but he was pulled from the winning slot as punishment for breaking kayfabe in Madison Square Garden.

Everything seemed to come together perfectly for Steve Austin, and Jake Roberts apparently saw it in him the entire time.