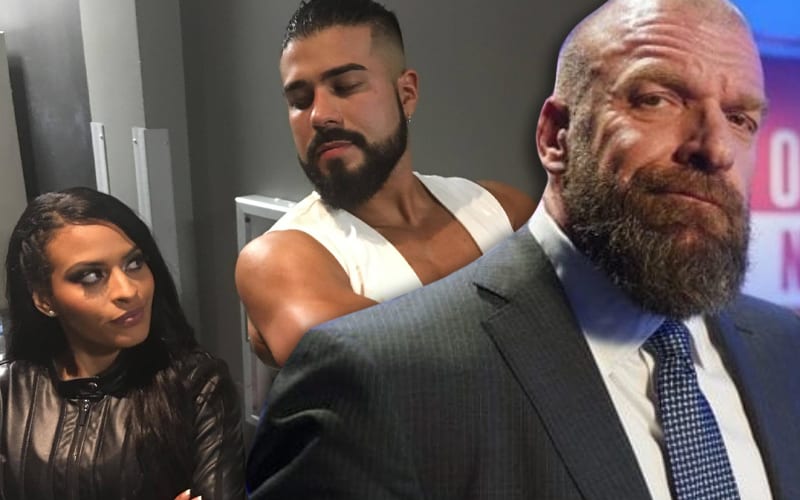 WWE has a few married couples on their roster, and some are more private than others. Nobody knew that Aleister Black and Zelina Vega were together until they were already married, but they did tell a few people.

During a recent episode of Chasing Glory, Zelina Vega revealed Triple H’s reaction when he found out that Vega and Aleister Black were getting married. He was confused at the time because The Game thought that Zelina Vega and Andrade were a couple in real life.

“To this day, we still don’t know. Like, ’cause there were a few people that we had to tell. Obviously, like, this person didn’t do it, but we were excited to tell, like, Triple H and Stephanie because they’re like, we look to them as parents.”

Andrade was never with Zelina Vega, but it fooled Triple H. That didn’t split up Vega and El Idolo as the two carried on for a long time, and they even moved up to the main roster together. They did eventually split up, but it had nothing to do with her marriage to Black.