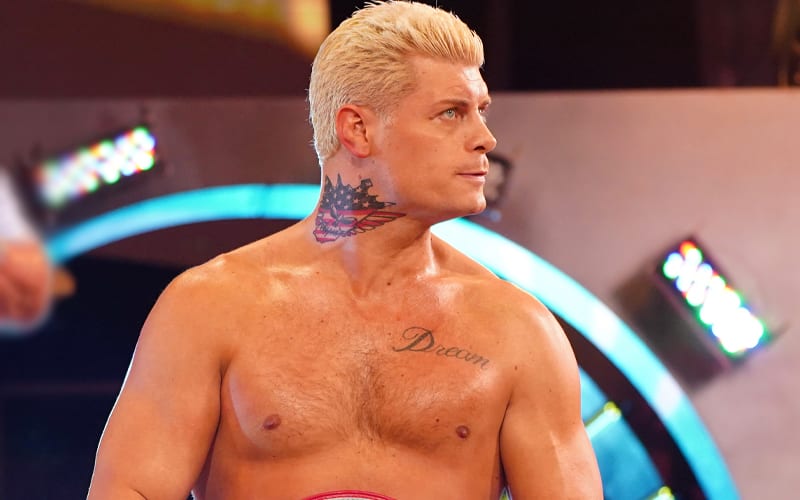 WWE owned Cody Rhodes’ name, but they dropped their trademark claim. Now the American Nightmare can be a Rhodes once again.

After AEW Dynamite went off the air, Cody Rhodes announced to the live crowd that he is now a two-name wrestler once again. Then he had Justin Roberts announce him as “Cody Rhodes.”

WWE dropped their claim in “Cody Rhodes” when he agreed to abandon trademarks for Slamboree and The Match Beyond according to PW Insider. Cody had already abandoned trademark applications for Superbrawl, Bunkhouse Stampede, and Battlebowl on October 30th.

Now Cody is “Cody Rhodes” once again. It was quite a journey to get his last name back, but it’s official as of this morning.