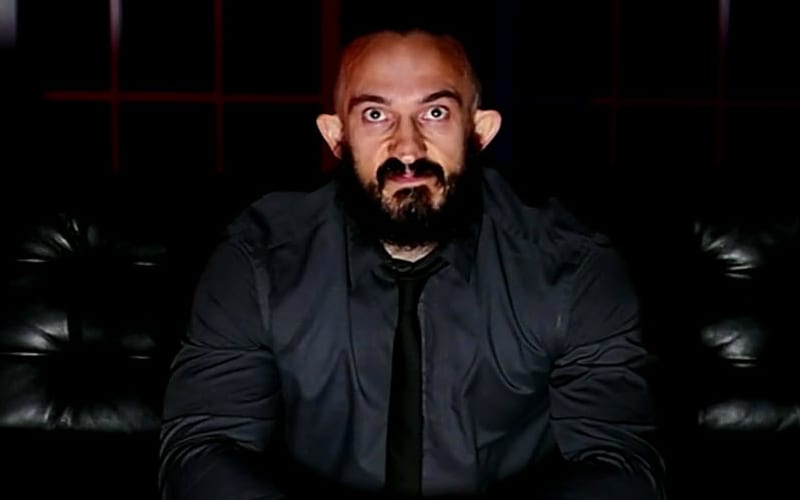 Pac hasn’t been seen since the pandemic started, and he was stuck at home in the UK. He was in isolation, and he apparently lost his mind in the process.

Pac was featured in a video vignette this week on AEW Dynamite. He was in isolation, and he said the problem with isolation is “that you’ve got nobody to play with.

Many different Pacs appeared around him as he sat on the couch. The overall theme was that everything was going on within his head as he lost his mind. He said this world is rotten, and Pac intends on doing something about it.

This was a video, but Jim Ross said “he’s back” before they cut to the video. This was certainly a sign that Pac will return very soon, and he will have a much different mindset.